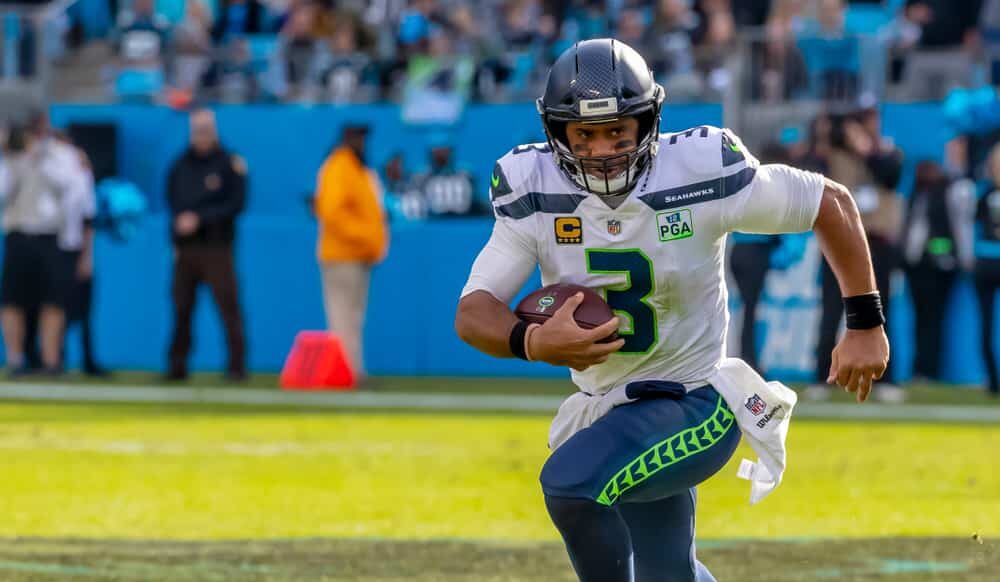 Most famous for: Holding the record for most wins by an NFL quarterback through seven seasons; holding the title as one of two quarterbacks in NFL history with a career passer rating over 100; and signing a four-year, $140 million contract extension with the Seahawks  to make him the highest paid player in the NFL.

What he cares about: As a devout Christian, Wilson has always made giving back an important part of his life. While his past efforts have focused on donating to children’s hospitals and diabetes  associations, he is turning to hunger relief during these trying times.

“When I came into the league, my goal was to be able to impact people and impact lives,” Wilson said. “That’s what I’ve always wanted to be able to do… I want to be able to give back and love and care for others, then also be able to win football games too.”

What he is doing about it: Partnering with the hunger-relief organization Feeding America to provide meals for those who are in need as a result of the COVID-19 pandemic

Food project(s): In March 2020, Wilson, alongside his wife Ciara, partnered with Feeding America and Food Lifeline to donate 1 million meals in the Seattle area. According to Feeding America, 92% of food banks across the U.S  reported seeing an increase in demand for food assistance between March 19 and March 23 but a decline in food donations and volunteers.

“This coronavirus is changing the world minute by minute, second by second,” Wilson said. “People are losing loved ones — the elderly and the young and people in between. People are losing jobs. What we’ve decided to do is partner up with our local food bank [Food Lifeline] in Seattle.”

The world needs us ALL. These are unprecedented times. We are supporting our community in Seattle by donating 1 million meals with Seattle @FoodLifeLine. Rally with us and support your local food bank @FeedingAmerica We can all make a difference together. Let’s all keep the Faith during this difficult time. Check the link in bio! https://bit.ly/38VdUuB

But their work does not stop there. What began with 1 million meals in the Seattle area has grown into a pledge to raise enough funds to provide 10 million meals across the country. The couple has now teamed up with Wheels Up, a private aviation company, to launch a new initiative called Meals Up.

Meals Up will work with Feeding America to help distribute food among  its network of 200 food banks that supply 60,000 soup kitchens, food pantries, churches and food-delivery partners across America. Through A $1 donation to Feeding America helps provide 10 meals. More than 98 percent of money donated goes directly to those in need.

“It really makes a difference,” Wilson said on Squawk Box. “Each dollar is roughly 12 pounds of food.”

While he is looking forward to getting back on the football  field, for now, he’s focused on serving his community the best way he can.

“I love playing the game, and as soon as I can get back out there and play in a safe way, that will be great. But the reality is, we’re in a global pandemic,” Wilson said. “The best thing that we can do is just love and give and serve, and if we can do that … I think we’ll be back out there.”

Interesting stories about Russel Wilson and his food projects in online media:

Vitamin D and COVID-19: What You Need to Know