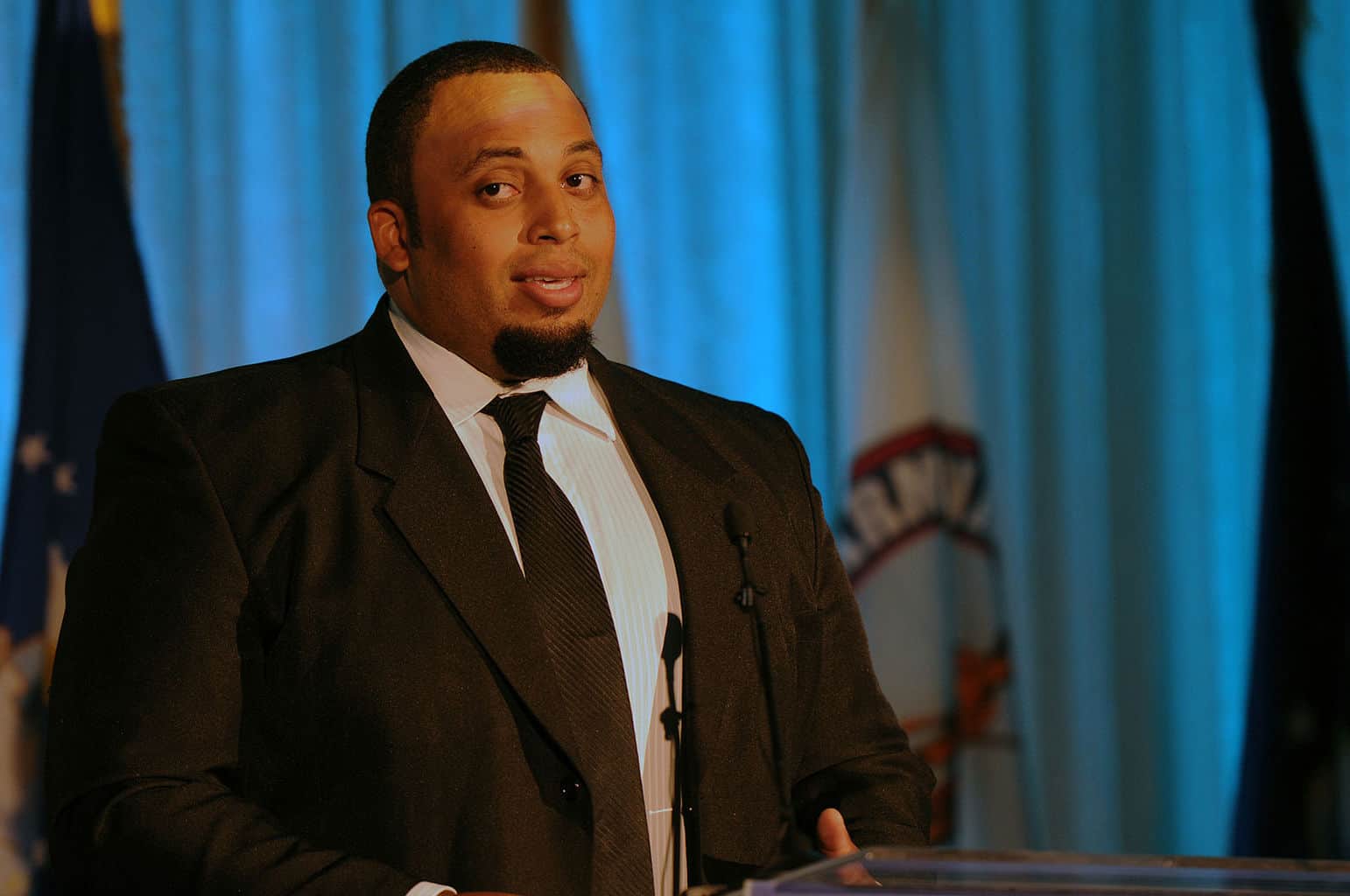 Occupation: Formerly an NFL football player and currently a farmer

Most famous for: His six years playing professional football for the Baltimore Ravens and the St. Louis Rams; for leaving football to start a new career as a farmer at age 29 as the highest-paid center in NFL history at the time

How he got connected to food: While both of Brown’s parents grew up on farms, it was not until later in life that he found his own way back to the land through a spiritual calling to become a farmer.

“I was literally going through a midlife crisis at the age of 27 years old. I had to ask God. What would you have me to do with my life, more so than anything else, in order to have a fulfilling life, alright, even beyond football? What would you have me do in my life to make sure I am being a good servant, a good father, a good member of my community. And God pointed me towards agriculture. He said he wanted me to be a farmer.” Brown said.

This wild career turn from football to farming shocked many of those around him, but it was a call that he could not deny. In 2012, at the age of 29, Brown walked away from football to purchase and manage his own 1,000-acre farm called First Fruits Farm.

“I get a lot of critics out there that tell me, ‘Jason, if you continued to play football, you could’ve made millions of more dollars and you could’ve purchased more food and given it away than what you’re actually doing right now,’” Brown said in a video posted by University of North Carolina. “And, yeah, but at the same time, God has called me to be a farmer, and to be on the front lines and to give my heart first. No matter how much money you throw at problems, those problems still persist.”

What he cares about: Living a life of purpose; aiding in hunger relief in eastern North Carolina; raising his eight children on his farm; being a man of faith

Why he cares about it: Brown cares about farming and agriculture for religious reasons but political ones as well. He hopes that his farm and farming practices will set an example of community development through agriculture.

What he is doing about it: Managing his 1,000-acre farm in Louisburg, North Carolina, and donating produce to food pantries and churches in the area

Food project(s):  In 2009, Brown signed a five-year, $37.5 million contract with the St.Louis Rams. By 2012, he purchased his own farm. Driven by living a life of greater purpose, he and his family relocated from the football field to the sweet potato field and did not look back.

“My agent, he told me, ‘You’re making the biggest mistake of your life,’'” Brown told CBS. “And I looked right back at him and I said, ‘No I am not.'”

In addition to growing and donating food, Brown hosts a series of events on the farm throughout the year, including an annual youth fishing derby, collaborative learning experiences with students who have graduated from North Carolina State University, and a slew of weddings at the property’s special events venue called the Amazing Grace Barn. The farm also offers volunteer opportunities to those in the community who want to get involved.

In 2014, based on the knowledge he had gleaned from YouTube farming tutorials, Brown and his farm operation gave away 100,000 pounds of sweet potatoes and 10,000 pounds of cucumbers to community organizations  including the Interfaith Food Shuttle and the Food Bank of Eastern North Carolina. The following year, the farm gave away its entire harvest and has made a habit of donating the majority of its harvest ever since.

It has certainly made a difference. In 2019 the farm and the Brown family reached a remarkable milestone – donating its one-millionth pound of food to local residents in need.

Interesting stories about and  food projects in online media: