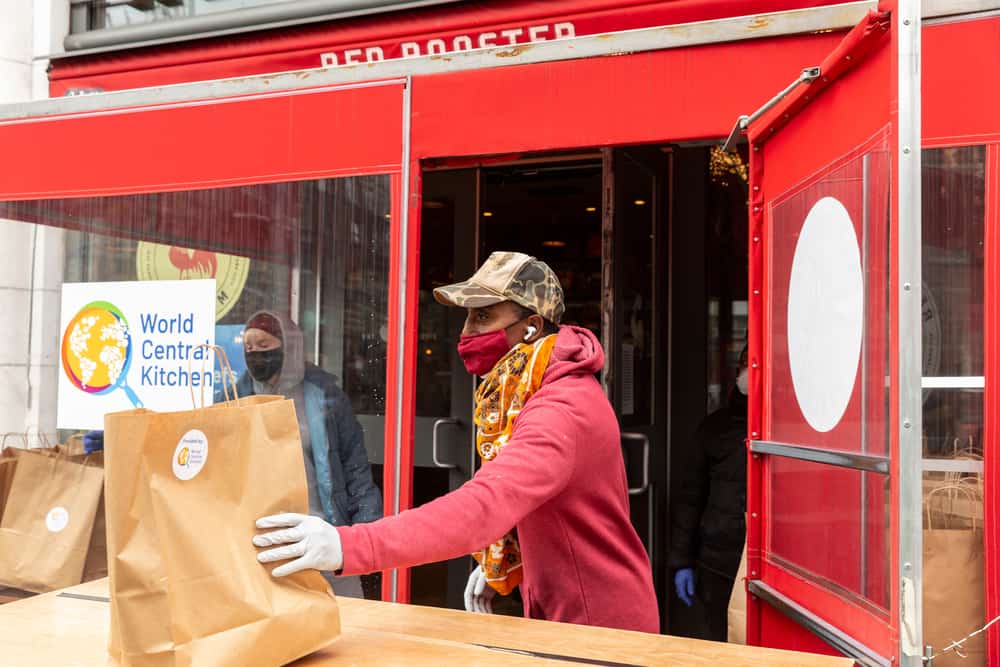 Culinary Training: Samuelsson credits his love of cooking to his adoptive Swedish grandmother. He studied at the Culinary Institute in Göteborg, Switzerland, and went on to apprentice in kitchens throughout Switzerland and Austria before coming to the United States in 1994 to apprentice at Restaurant Aquavit in New York City.

Best Known For: His Harlem restaurant “Red Rooster” as well as his many TV appearances on CNN, MSNBC’s The Dylan Ratigan Show, as a contestant on Iron Chef USA, Iron Chef America and Top Chef Masters, and as a judge on Chopped and Top Chefs.

How He Is Changing the Food System: Samuelsson has risen above the challenges life threw his way as a child and is now an award-winning chef, restaurateur, cookbook author, philanthropist and food activist. As detailed in his memoir, he was orphaned in Ethiopia at the age of two, after which he and his sister were adopted by the Samuelssons and taken to Switzerland.

“I was born into improper nutrition in Ethiopia. For my first couple of years, I didn’t get what I needed. We were extremely poor. We didn’t have enough milk, enough food. At 2½ years old, I weighed just 22 lb. It affects you,” says Samuelsson.

These early challenges still strongly influence outlook on food and particularly on Red Rooster, which he opened in Harlem in December 2010.

“I am always asking myself questions, and my food answers them. When I’m thinking about food, I focus my thoughts on diversity, on social responsibility, on farmers’ markets and local ingredients. That’s what you find at Red Rooster,” he says.

Today while many restaurants are closed, Samuelsson’s Red Rooster is feeding any New Yorker facing food insecurity as a result of the COVID-19 pandemic. Samuelsson has partnered with chef José Andrés’s World Central Kitchen, a not-for-profit non-governmental organization devoted to providing meals in the wake of natural disasters to become a community meal hub and help feed those in need. Each Monday through Friday at 12 pm, their team distributes free meals to those in need. In addition, Samuelsson recently launched Newark Working Kitchens (NWK) to deliver free meals to Newark residents.

Prior to COVID-19, in March 2011, Red Rooster hosted a fundraising dinner for the Democratic National Committee that raised $1.5 million. President Obama was among the guests. But, in addition to using his restaurant as a fundraising venue, Samuelsson hopes that, through his cooking, he can encourage healthier eating.

“I think that healthy cooking has so many different angles. At Red Rooster, our menu reflects that. We always offer a big seasonal salad, a very light fish dish, and a different take on macaroni and cheese that we call mac and greens. There are numerous ways to think about healthy cooking and to balance the food that you eat,” he says.

Samuelsson, who has been a UNICEF ambassador since 2000, also serves on the board of City Harvest, a food rescue organization, and as co-chair of the board of directors for the Careers Through Culinary Arts Program, a curriculum enrichment program linking public high school culinary teachers and their students to the foodservice industry.

“It’s my obligation. We are a successful restaurant. At the end of the day, I think to myself, I came to this country and I was treated fairly, so I have an obligation to give something back. I’m a firm believer in ‘inspire/aspire,’ in inspiring someone to aspire to be something, and I feel like I can carry that message to young people.”