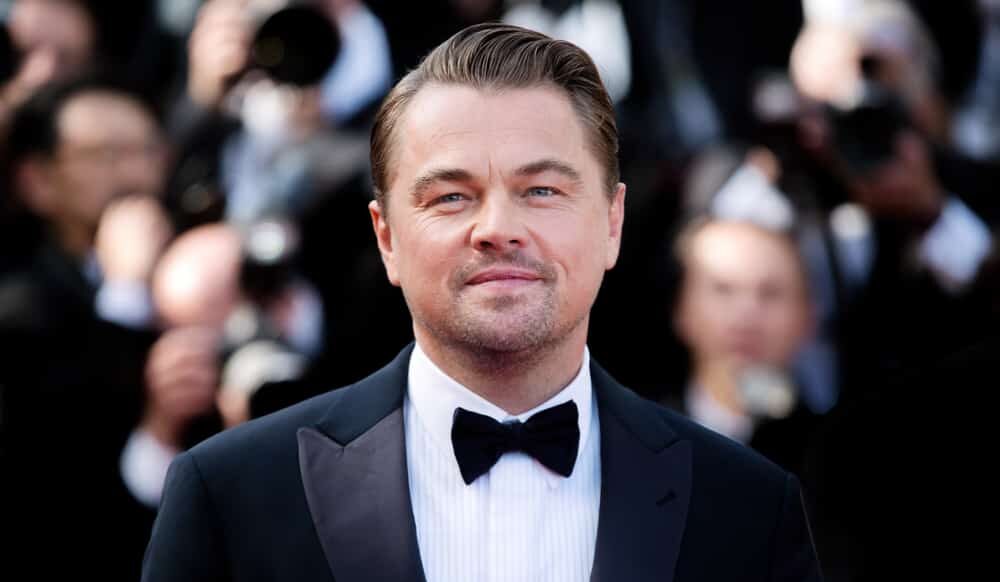 Most famous for: His leading roles in cinema hits such as Titanic, Shutter Island, Catch Me If You Can, Gangs of New York, The Wolf of Wall Street and many more, making him one of the highest-paid actors in Hollywood.

How he got connected to food: DiCaprio is one of the most active celebrity advocates in the climate change movement. The links between food, agriculture and climate change have been well-identified by international organizations including the Food and Agriculture Organization of the United Nations and the Organisation for Economic Co-operation and Development (OECD). For years he has been using his platform to advocate for a more sustainable future.

“Climate change is real, it is happening right now. It is the most urgent threat facing our entire species, and we need to work collectively together and stop procrastinating. We need to support leaders around the world who do not speak for the big polluters, but who speak for all of humanity, for the indigenous people of the world, for the billions and billions of underprivileged people out there who would be most affected by this. For our children’s children, and for those people out there whose voices have been drowned out by the politics of greed,” DiCaprio said in his acceptance speech at the 88th Academy Awards in 2016.

What he is doing about it: Launching fundraising initiatives and raising money to support America’s leading hunger-relief organizations’ efforts in response against COVID-19

Food project(s): In response to the impact of COVID-19 pandemic on food security in the United States, on April 2, DiCaprio, along with the Emerson Collective, Apple, and the Ford Foundation launched America’s Food Fund, which aims ensure that low-income families, the elderly, individuals facing job challenges, and children who rely on school lunch programs to get meals and have reliable access to food. One hundred percent of the funds raised will go to organizations such as the World Central Kitchen, Feeding America, Save the Children U.S., No Kid Hungry, and the Urban School Food Alliance that are mobilizing to distribute meals to those impacted by COVID. They will continue to monitor and map food gaps and partner with additional organizations on an as-needed basis.

“In the face of this crisis, organizations like World Central Kitchen and Feeding America have inspired us all with their unwavering commitment to feed the most vulnerable people in need,” DiCaprio said in a statement. “I thank them for their tireless work on the frontlines, they deserve all of our support.”

Since its launch, DiCaprio has been actively posting on Instagram and Twitter, encouraging his millions of followers, respectively, to donate.

“Yesterday, we announced the launch of #AmericasFoodFund, a commitment to ensure that all Americans have reliable access to food, and support those most affected by this crisis. Thank you to everyone who has already supported. America’s Food Fund supports two incredible organizations, @FeedingAmerica and @WCKitchen, who are on the front lines of this rapid-response effort. They face new challenges every day, including responding to the vast number of people impacted who are in need of food, supply-chain disruptions, and access to product, along with the challenge of distributing meals in ways that maintain the health and safety of all involved. If you are able to, please join me in supporting their efforts: GoFundMe.com/AmericasFoodFund”

“There’s still time to take part in the #AllinChallenge for a chance to join me, De Niro and Scorsese on the set of Killers of the Flower Moon. You’ll get a walk-on role, lunch with the three of us, and some acting tips from Scorsese himself. One hundred percent of all money raised helps support America’s Food Fund, @NoKidHungry and @mealsonwheelsamerica. These organizations are on the front lines helping those most impacted by this crisis. To enter, go to allinchallenge.com or click the link in my bio,” DiCaprio wrote on Instagram on April 29th.

According to their GoFundMe page, as of May 28th, America’s Food Fund has raised more than $26.6 million.

Interesting stories about Leonardo Dicaprio and his food projects in online media:

Chefs Who Cook Well and Do Good: Bryant Terry