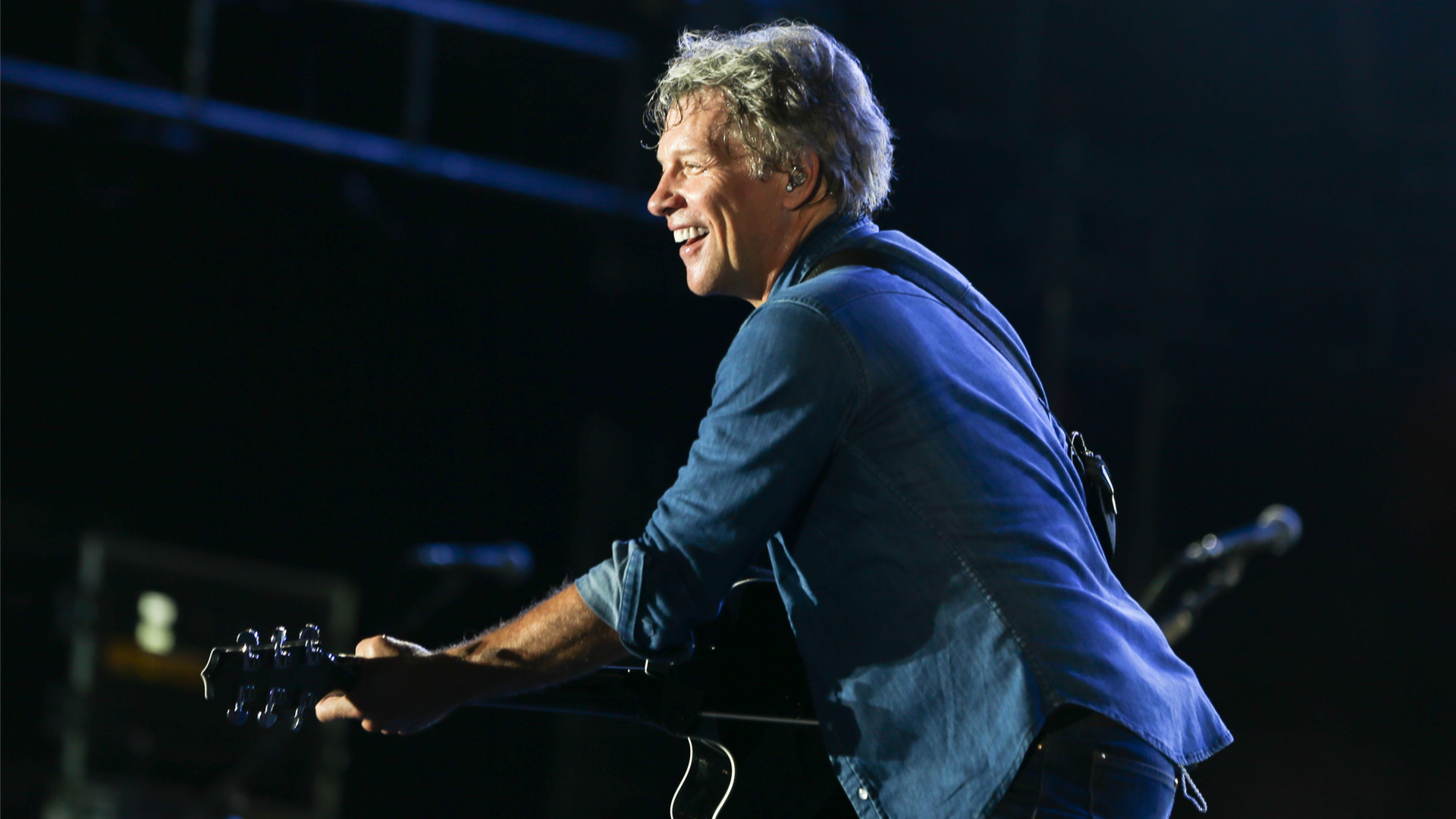 Most famous for: Founder and lead singer of the Grammy Award-winning rock band Bon Jovi

How he got connected to food: Jon Bon Jovi became connected to food through his Jon Bon Jovi Soul Foundation. What started as an effort to tackle homeless and inadequate housing across America expanded into also fighting food insecurity. In an interview with Billboard, Jon Bon Jovi says his interest in things other than music began in 1992, but it was not until 2008 that seriously involved in changing the food system.

What he cares about: Providing warm and nutritious meals to people who need them most in an inviting and judgment-free environment; rebuilding pride in one’s self and community

Why he cares about it: Jon Bon Jovi is driven by the “Pay it Forward” philosophy. He believes that having grown up in New Jersey, he is in a position to improve the region he calls home. In an interview with CNN, he notes that his philanthropic work stems from the belief that he can make a difference.

“Most Americans live two paychecks away from problems, and I thought this is something we can do,” the artist says, “… and most importantly I didn’t need the scientists to find the cure.”

What he is doing about it: In 2006, Jon Bon Jovi founded the Jon Bon Jovi Soul Foundation, a 501 non-profit organization that focuses on the issues of hunger and homelessness in the United States. To date, the Foundation has provided support for more than 600 units of affordable housing in 10 states for thousands of people, including youth and veterans.  In 2011 the Soul Foundation’s expanded its mission to help those in need of a warm, nutritious meal and now operates two JBJ Soul Kitchens in Red Bank and Toms River, New Jersey

“People are seated communally because we want people here to read each other. You never know who you’re sitting next to. You don’t know if its someone in need or if its someone who’s come to pay. That’s really not what this is about. What you’re going to find is so much in common with your neighbor,” Bon Jovi says. “Americans today are very guarded … When you’re at a restaurant, you’re kind of thinking you’re encroaching on my space. Well here, there are no barriers. Everybody together. And, in turn, you strike up a conversation over food or fan, or whatever it may be. And you learn more about yourself.”

The restaurants serve three-course meals, beginning with the option of a soup or salad, continuing with a choice of an entrée such as fish, meat, or a vegetarian selection, and finished with a freshly made dessert. Their chefs prepare many of the dishes with natural, locally sourced ingredients from their own garden or the JBJ Soul Kitchen Farm.

You won’t find prices on the menu. Instead, diners are asked to pay a suggested donation of $20 but are never denied a meal if they can’t pay. Soul Kitchen offers a Pay It Forward Program where each additional $20 donation provides a meal for someone who can’t afford to donate. The restaurant encourages all diners – paying or not – to learn more about the resources and volunteer opportunities offered.

The JBJ Soul Kitchen also runs the Employment and Empowerment Team (EET) Program, which connects a team of volunteer coaches with qualified Kitchen volunteers.  According to the website, the volunteer coaches use their professional expertise to aid with resume writing, interview skills, job coaching, financial counseling, legal advice and job placement.  The EET Program has assisted Kitchen volunteers with over 100 job offers and a 97 percent successful placement rate. The restaurants encourage all diners–paying or not–to learn more about the resources and volunteer opportunities they offer.

So far, the kitchens have served 105,893 meals, of which 46 percent were gained through volunteering and 54 percent were paid from donations.

Though the JBJ Soul Kitchen is only operating in two locations, the organization and its team are hoping to expand.

“Now the question is ‘do we want to open two or three or 10…or do we go really big?'” Jon Bon Jovi says. “Well, we will definitely see growth. The question is incremental.”

Interesting stories about Jon Bon Jovi and his food projects in online media:

Chefs Who Cook Well and Do Good: Mary Sue Milliken