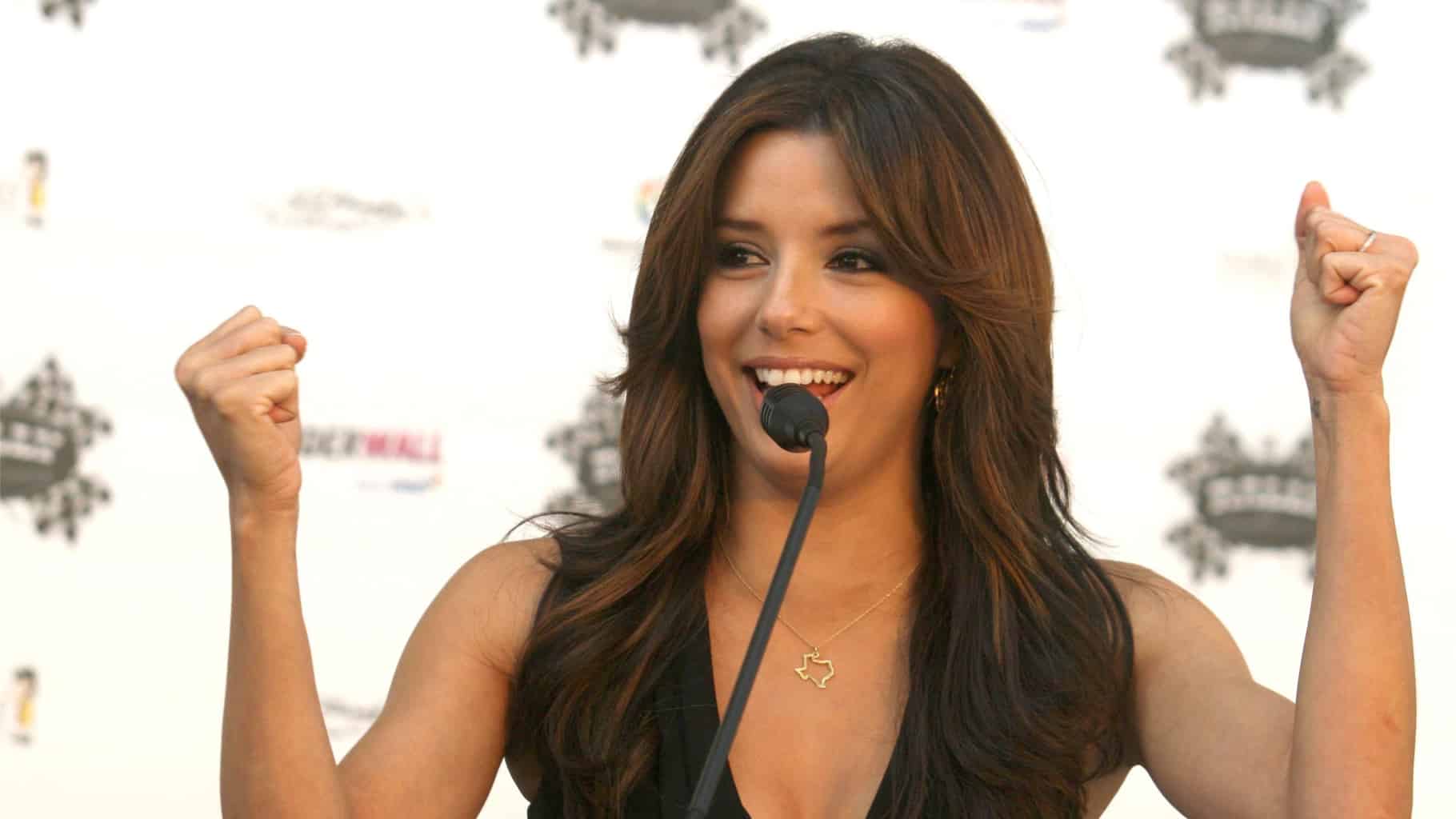 Most famous for: Her role of Gabrielle Solis on Desperate Housewives; executive producer on social issue documentaries including Food Chains and The Harvest

How she got connected to food: Longoria says that she is connected with her food and those who grow it simply because she eats it. She was an outspoken advocate for farmers’ rights long before she became famous. While there is a growing awareness of the value of eating organic or local food, oftentimes the worker who grew that food is forgotten. She hopes to add the human element to conversations about our food system. The sustainability of food is more than an environmental issue; it must also include the sustainability of the individuals who work tirelessly to produce our food.

What she cares about: Workers’ rights for farmers, and specifically for migrant workers; the issue of child labor on American farms

Why she cares about it: Longoria has been a longtime advocate of women’s–and particularly Latina–empowerment. While Latinos are a rapidly growing demographic, they disproportionately lack educational opportunities and struggle to overcome economic challenges. In relation to #farming and #agriculture, findings from a 2015-2016 National Agricultural Workers Survey found that eighty-three percent of all farmworkers were Hispanic and among U.S.-born workers, 35 percent were Hispanic. Another study notes that about seven in ten farmworkers–including both U.S. and foreign-born–are Latinos. Longoria is connecting the dots between her work for economic and education empowerment in the Latino community and better opportunities in farming.

What she is doing about it: Longoria is using her celebrity status to be a voice for farmworkers in the United States. She has produced two documentaries telling eye- (and heart-) opening stories about migrant farm workers (Food Chains) and child labor (The Harvest)and has also campaigned to Congress for fair workers’ legislation through the Children’s Act for Responsible Employment (CARE Act, HR 3564), which addresses the inequities and harsh conditions faced by hundreds of thousands of American children currently employed in agriculture.

Food project(s): Winner of the 2015 James Beard Foundation Award for Special or Documentary, Food Chains,  of which she was an executive producer, details the harsh realities of agricultural labor in the United States as seen through the eyes of tomato pickers from Southern Florida – the Coalition of Immokalee Workers or CIW. The film investigates the degree to which the power of grocery stores and supermarkets contribute to the human cost of the food in our supply chain.

Four years before Food Chains, she co-produced The Harvest, which focuses on agricultural child labor in America.  Every year an estimated 400,000-500,000 American children spend their days away from friends, family and school, working on farms and picking food to feed America. Winner of the American Latino Media Arts (ALMA) Award for Special Achievement, The Harvest follows the lives of three children–Zulema, Perla and Victor–in order to draw attention to the fact that, in Texas and Florida,  children as young as 12 years of age are working 12 to 14-hour days, seven days a week, battling hazardous conditions including oppressive heat, exposure to pesticides and chemicals, and exhaustion.

How it works: The documentaries seek to raise awareness of the issues explored in the films and promote positive change to combat the injustices of the agriculture industry.

Interesting stories about Eva Longoria and her food projects in online media:

Interview with Roy Steiner, Managing Director of Food Initiatives at The Rockefeller Foundation