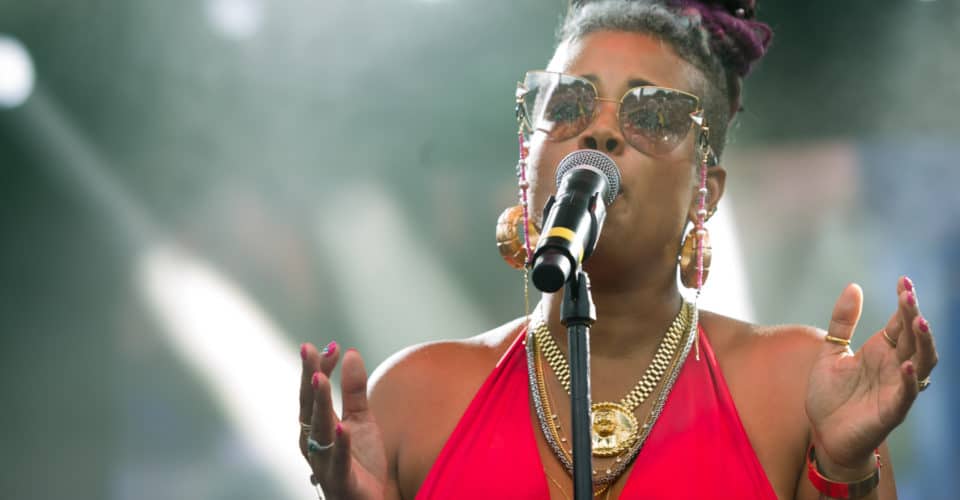 Most famous for: The US Billboard Hot 100 hit, Milkshake

How she got connected to food: When she was growing up, Kelis’s mother owned a catering company and taught her how to cook at a very young age. This inspired her to one day open a restaurant of her own and motivated her to eventually attend culinary school.

What she cares about: Delicious food, community-building through food, sustainable agriculture, bringing healthy foods to the table through farming

Why she cares about it: Becoming a mother and providing a healthier life for her kids

What she is doing about it: Though best known for her music career, Kelis has long been exploring her culinary passions by attending culinary school, launching a sauce product line, writing a cookbook and, most recently, purchasing her own farm.

Last year Kelis decided to leave Los Angeles behind and start a new chapter as co-owner of a farm in Quindio, Colombia. Bounty Farms grows coffee, tomatoes and other vegetables and is expected to open in 2021. In an interview with Architectural Digest, Kelis said, “Now that I’ve got these two boys, I want to control a little bit more how we eat. We’re buying a farm, so that’s why we’re moving: so that we can grow everything and sustain everything that way.” For Kellis, motherhood was a big motivation to adopt a new lifestyle that would bring her and her family closer to the food they eat.

In 2008 Kelis graduated from Le Cordon Bleu culinary school in Paris. It was there that she trained as a saucier because it was what she was best at. In an interview with First We Feast she said, “Sauce defines where the dish is from and who’s making it. I don’t know—I like all of the extras in life, I feel like those are the things that distinguish one from the other. I love sauce, and I think everything is better smothered, poured, or dipped.”

Building on her professional culinary training, Kelis went on to debut her first sauce line, Feast, at the Beverly Hills Food & Wine Festival in 2013. Shortly thereafter, in 2015, the sauces become available to the public under the new name Bounty & Full.

That same year, the Cooking Channel aired a cookingTV series starring Kelis called Sauce and Sweet. She continued to make TV appearances as one of 12 chefs competing on Hell’s Kitchen and on a QuickFire Judge on Top Chef Masters.

She is also the author of the cookbook, My Life on a Plate. Released in September 2015, the cookbook is an exploration of tastes and cultures and her experiences as a chef, musician, wife and mother.

While it may seem that Kelis’s love for music and food have remained separate over the years, that is certainly not the case. Her 2014 album was titled Food, and she promoted it through the media by sharing the recipes for her famous jerk ribs and apple farro as well as setting up a food truck to cook for attendees at the music festival, SXSW, in Austin, Texas.

Interesting stories about Kelis and her food projects in online media:

Copyright 2019-20 Diet Detective | Dr. Charles Platkin
Diet Detective, Inc., an non-profit organization.
Back to top
Subscribe To The Weekly Food & Nutrition News and Research Digest
Our weekly email news and research digest is everything you need to know about food, nutrition, fitness and health.
We respect your privacy. Your information is safe and will NEVER be shared.

Don't miss out. Subscribe today.
×
×
We respect your privacy. Your information is safe and will never be shared.