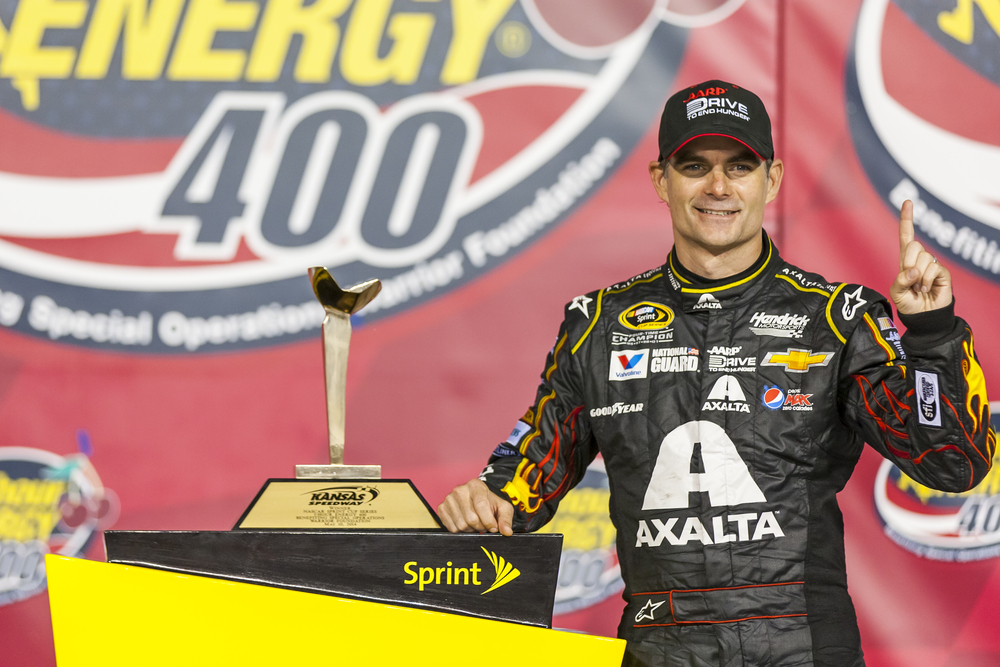 How he got connected to food: Gordon became connected to food when the AARP Foundation’s Drive to End Hunger initiative signed on to sponsor his car.  The partnership marks the first cause-driven primary sponsorship in NASCAR history. After learning more about the campaign’s cause, he was shocked to learn how many elderly Americans struggle with hunger. The AARP is the nation’s largest nonprofit, nonpartisan organization dedicated to empowering Americans 50 and older to choose how they live as they age. The AARP Foundation is specifically geared towards seeking solutions to end poverty and improve the lives of seniors in the most vulnerable situations.

“It just amazes me — millions of Americans are forced to make a choice between going hungry and medicine,” Gordon says. “And 6 million of those are 60 or over.” Gordon told AARP

What he cares about: Ending hunger among the aging population in America; staying healthy as he ages and promoting habits that others can embrace to do the same

What he is doing about it: Gordon has partnered with the AARP Foundation’s Drive to End Hunger campaign to raise awareness of food insecurity among older adults.

Food project(s): Since 2011 the AARP Foundation’s Drive to End Hunger campaign has been striving to meet the daily food needs of seniors while seeking long-term solutions to end senior hunger. Along with Gordon and NASCAR team owner Rich Hendrick  of Hendrick Motorsports, the organization has teamed up with and a range of public and private organizations to donate more than 37 million meals to feed the elderly across America. Gordon serves as an ambassador to the campaign and is working to raise awareness of the issue among his fans and the general public and move them to action.

“They’ll say, ‘Wait a minute. I know Chuck or Sally has a grandmother who is dealing with this.’ A lot of times you don’t necessarily have to be going through it yourself to realize you could be helping,” says Gordon.

According to the campaign’s website, more than 10 million adults 50 years and older are at risk of hunger everyday; $130.5 billion is the estimated cost of healthcare due to food insecurity; and 60 percent of seniors are likely to experience depression because of food insecurity.

“What’s been accomplished by the Drive to End Hunger in a relatively short time is absolutely inspiring,” said Gordon. “The AARP Foundation and AARP are incredible partners to be involved with, and I’m very happy to continue our work together. It’s been an extremely rewarding and humbling experience for me personally.”

The AARP Foundation President Jo Ann Jenkins calls Gordon “one of the most generous drivers on the NASCAR circuit. The respect he earns on and off the track makes him the perfect fit for the Drive to End Hunger. With the support of Jeff, his team and his millions of fans, we will solve the problem of hunger for older Americans.”

Gordon is not new to charitable causes. In 1999 he founded the Jeff Gordon Children’s Foundation, dedicated to supporting pediatric cancer research into finding more effective, less toxic cures for children.

Interesting stories about Jeff Gordon and his food projects in online media:

Chefs Who Cook Well and Do Good: Sam Kass