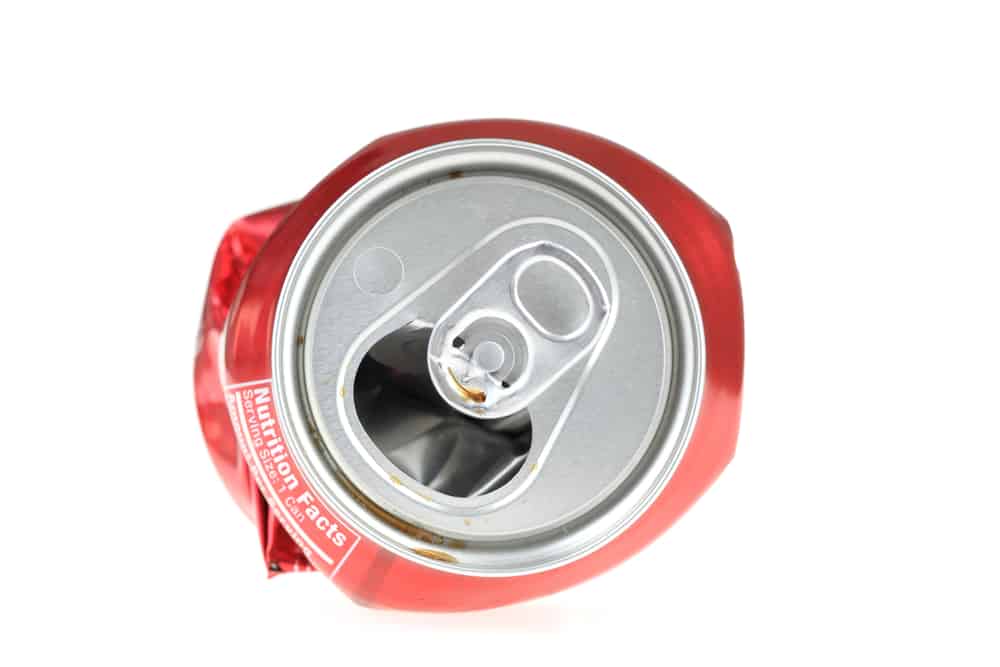 To say that Marion Nestle is simply a professor at New York University would be a tremendous understatement When it comes to #food policy and public #health advocacy Dr. Nestle is a guru.  She fearlessly and relentlessly pushes food companies and policy makers to think and care about the consumer. She has moxy (just listen to any of her lectures or talks). I was fortunate enough to do an email #interview with her to discuss her thoughts about food and talk about the subject of her new book,  Soda Politics: Taking on Big Soda (and Winning) ( Oxford University Press, 2015).

Diet Detective: Dr. Nestle, thanks for the opportunity to interview you. My first question is about you.  What is your relationship to food and nutrition; what drove you to become a foodie and food policy advocate?

Dr. Nestle: I’ve always loved to eat!  I grew up in New York City at a time when food was scarce and anything but fresh.  When I was eight, my parents sent me to a small summer camp in southern Vermont run by a woman who had lived in China for many years and was a fabulous cook.  The camp had a large vegetable garden, and if you were a good camper you were chosen to pick the vegetables for dinner.  I went out to pick string beans and tasted one.  It was a hot July day and the bean was warm, crisp, sweet, and wonderfully flavorful.  I had no idea that was what beans were supposed to taste like.  I’ve never looked back.  I went to college hoping to study food, but the only choices were agriculture (and I was a city girl) or dietetics, which I tried briefly before heading off into science.  In the early 1990s I attended a meeting of the National Cancer Institute where anti-smoking advocates gave talks on how cigarettes were marketed to adults and children.  I thought we nutritionists ought to be giving talks like that on Coca-Cola.  I was tired of going to meetings on childhood obesity where everyone blamed parents and nobody talked about the role of food marketing. That’s what started it.

Diet Detective: In an interview with PBS some years ago you said that after 50 years of nutritional advice, the public was more confused than ever. What about now, nearly 15 years later? Better, worse or the same?

Dr. Nestle:  It never seems to get better, I think because there are so many interests vested in one viewpoint or another.  The basic problem is that nutrition research is so wickedly hard to do.  It’s really difficult, if not impossible, to use people as experimental animals.  To answer questions about how diets and their components affect health, you would need to feed defined diets to an absurdly large number of people for years and keep them locked up in metabolic wards for the whole time.  For reasons of practicality, cost, and ethics, you can’t do that.  Anything short of that is flawed.  Flawed science is uncertain and requires interpretation.  Interpretation draws on the minds of interpreters, which gets us into matters of bias.  The intellectual challenges of nutrition research are formidable.  People working in the field develop a “feel,” a sixth sense if you will, for interpretation, and hold views based on their experience.  But just try and explain the meaning of “feel” to someone outside the field.  I think the problem of “feel” or overall context explains why committees of nutrition scientists invariably worry about saturated fat and salt, while journalists and other newcomers interpret the research quite differently.

Diet Detective:  Ok, big question: What’s so bad about soda?  Can’t you have it in moderation, as the soda companies say?

Dr. Nestle:  Of course you can.  Nobody is worried about an occasional small soda.  But think about what you are drinking.  A 12-ounce soda contains ten teaspoons of sugars of one kind or another.  That’s pretty close to the upper limit of all the sugar you are supposed to have for a day.  Sugar has no nutritional value other than calories.  People who drink a lot of soda are getting a lot of calories from sugars that are rapidly absorbed into the body.  That’s a lot of sugar for metabolism to handle.  Some is OK.  Less is better.

Diet Detective: Food is sexy, and the media love topics that can capture the attention of readers and viewers. I’m wondering if, as a result, we’ve blown the extent of the problems out of proportion. Meaning, should we really be so worried about the foods we eat?

Dr. Nestle: I wish everyone could just relax, eat reasonably, enjoy what they eat, and not worry so much, but it’s hard to do that in today’s hugely competitive food marketing environment.  In this country we have twice as much food as the population needs, and companies have to sell what they produce.  They fight for market share.  So we are bombarded by advertising, much of it designed not to be noticed as such.  For example, food companies have discovered that larger portions sell well but don’t cost much.  If I could convey one concept to everyone, it’s that larger portions have more calories.  This may seem obvious, but it’s not.  I think larger portions are a sufficient reason why we all have so much trouble maintaining weight.

Diet Detective: You’ve drawn comparisons between big soda and big tobacco. How are they similar? And different?

Dr. Nestle:  Sodas are not cigarettes, but both industries market unhealthy products, especially to children, minorities, and people in developing countries.  They use the same playbook to deflect attention from the harm.  The soda industry loves to talk about physical activity and hydration, for example.  Both use front groups, lobby, fund community organizations and researchers, and do everything they can to head off public health initiatives or regulations.  In some ways, soda is a more complicated target of public health advocacy.  With cigarettes it’s one message—don’t smoke—and one goal: put those companies out of business.  For sodas, the “drink less” message is more complicated and the goal is to get the companies to stop some of their current practices, make healthier products, and sell smaller portions—which some of them are trying to do.

Diet Detective: I’ve read that big soda is “brilliant” in its use of marketing and public relations, and in its political maneuvering – often at the expense of public health.  Can you explain? I realize you wrote an entire book on this subject – but a brief version? Also, given that this is true, why are soda sales falling in the US?

Dr. Nestle:  Coke and Pepsi are companies with a century-old history of learning how to sell sugar-water to large numbers of people.  Even though most people can’t tell the difference between Coke and Pepsi in blind taste tests, they strongly prefer one or the other.  That’s brilliant marketing.  But obesity poses a terrible problem for soda companies; they are part of the problem.  They know this.  For at least the last ten years, Coca-Cola has listed obesity in its annual reports to the US Securities and Exchange Commission as the number one threat to its profits.  Public health advocates advise drinking less soda as the first line of approach to obesity prevention.

Diet Detective:  New York City’s Sugary Beverage Portion Cap Rule was struck down — defeated in the courts and by public opinion.  What did you think of that rule?  Do you think the media played a part in swaying public opinion?

Dr. Nestle:  I liked the idea of a cap on serving sizes, but I thought 16 ounces was too big.  A 16-ounce soda has about 50 grams of sugars, right at the upper limit of the total amount recommended.  In introducing the soda cap rule, the city violated a basic principle of public health advocacy—developing community support for the initiative before it is announced.  It just dropped the announcement and surprised everyone.  Within seconds, the media interpreted the cap as a ban.  It wasn’t—you could buy as many 16-ounce sizes as you wanted—but the ban stuck as the frame and that was the end of it.

Diet Detective: You’ve commented that corporations are not social services, and they have an obligation to their shareholders.  Can you imagine that companies like Unilever, Coke, Pepsi, Nabisco and General Mills will ever change their tactics?

Dr. Nestle:  They are changing their tactics, at least to the extent that they are making healthier beverages and promoting the 7.5-ounce mini-cans.  The small cans cost a lot more and are immensely profitable.  That’s what I came to see as the Dr. Jekyll face of Coca-Cola—caring about public health and wanting to be part of the solution to obesity and poor health.  At the same time, however, there is the Mr. Hyde part that lobbies, buys research, and shifts its marketing to low-income countries overseas.  Coca-Cola, for example, has said it will spend $28 billion on promoting its products in Africa between 2010 and 2020.  Think of what that kind of money could do if applied to sustainable development in those countries.

Diet Detective:  Why has the effort to regulate the food industry’s marketing of unhealthy products towards children been so ineffective?  I’d think this would be an easy compromise for “big food.”

Dr. Nestle:  Are you kidding?  It’s the food industry’s line in the sand.  They have to market to kids to sell products.  Every federal attempt to regulate marketing to kids, even those that just set voluntary standards, has been blown out of the water by food industry opposition.

Diet Detective: What was your breakfast this morning?

Dr. Nestle:  I’m not a breakfast eater and don’t really get hungry until 11:00 or so.  At that time I’ll start with cereal and fruit if it’s convenient.

Diet Detective: What’s in your refrigerator and pantry right now?

Dr. Nestle:  I always have milk, eggs, cheese, fruit, nuts, crackers, cereals, and condiments around.  I eat out a lot and don’t cook much for myself.

Diet Detective: Your last meal would be?

Dr. Nestle: Working as a sales clerk in the men’s department of a department store in Los Angeles.  Boring.

Diet Detective: As a child you wanted to be?

Dr. Nestle: I grew up in a very poor family and had no idea what my options might be or even that I had choices.

Please let me know what the following bring to your mind…

Dr. Nestle: Don’t use them.

Location (Where you live)?  Lower Manhattan

What is your current job title?  Paulette Goddard Professor of Nutrition, Food Studies, and Public Health at New York University

Favorite healthy food and living websites: (Not your own): Civil Eats, CSPI