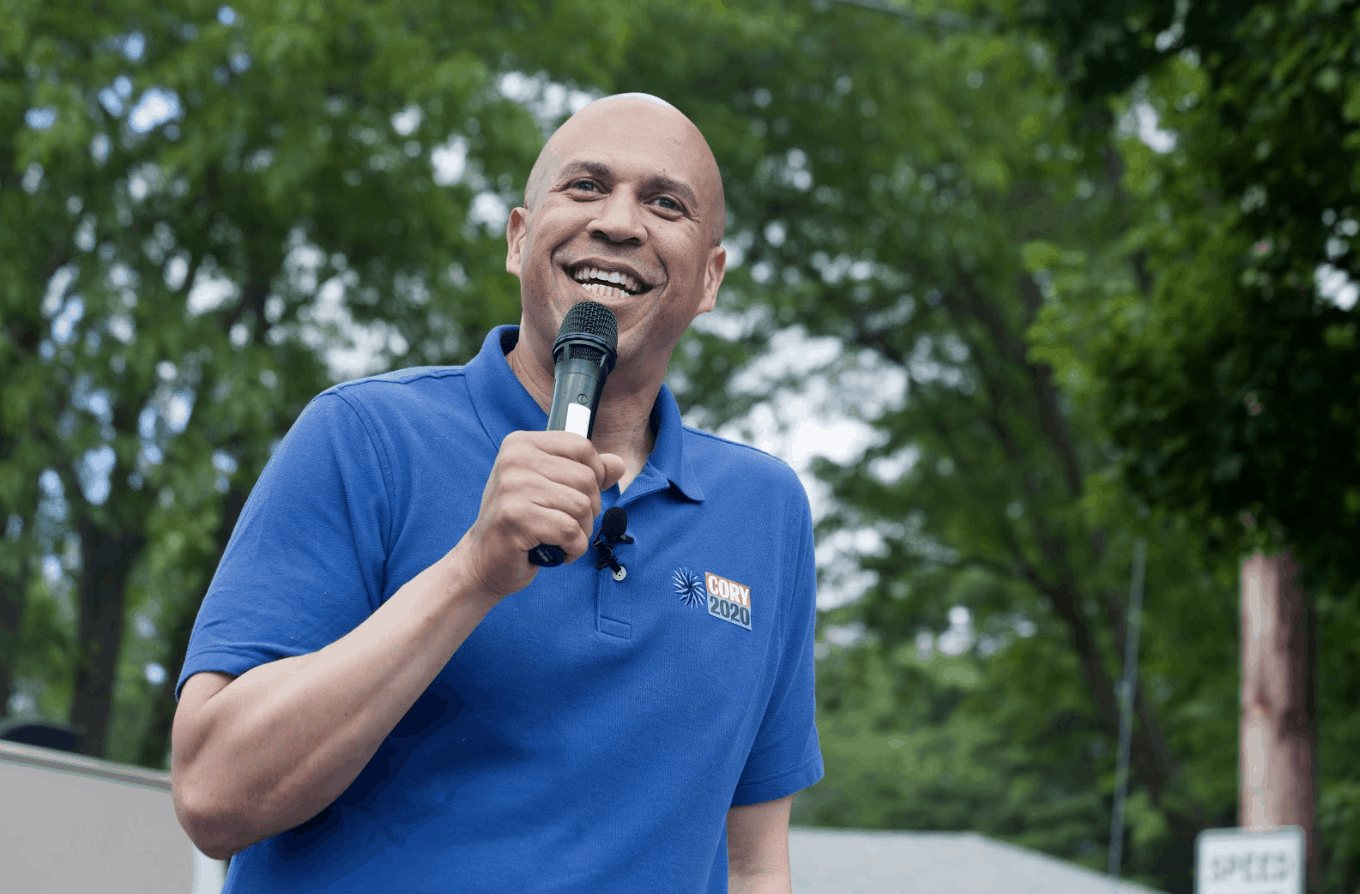 Recent Food-Related Policies He’s Supported: Cory Anthony Booker has served as a U.S. Senator since 2013. Prior to that, he was the 36th Mayor of Newark from 2006 to 2013. On February 1, 2019, he announced that he was running to become the Presidential Democratic nominee.

Senator Booker has regularly spoken about food and farming, specifically on issues surrounding monopolies in the farming industry, animal welfare in the agriculture sector, food justice and SNAP participation. Most recently he is tackling food policy by involving the farming community in mitigating climate change.

In 2018, Senator Booker proposed the Food and Agribusiness Merger Moratorium and Antitrust Review Act, for large farm and food companies. And in 2019, he introduced the legislation in Congress.

The bill targets large agribusiness, food and beverage manufacturing, and grocery retail mergers and acquisitions. It would immediately halt the largest, most consequential acquisitions and mergers in the food and agriculture sector and give Congress an opportunity to update our antitrust laws in order to better protect America’s farmers, workers, consumers and rural communities that are being harmed by the ever-increasing levels of corporate concentration.

“We must restore competition to the marketplace so our farmers and ranchers can once again have the opportunity to share in the prosperity that open, transparent and fair markets provide. And that means that Congress must pass comprehensive legislation ensuring our antitrust laws are tailored to today’s markets, and federal agencies must once again aggressively enforce our existing antitrust laws,” Senator Booker wrote in an article for CNN Business.

The legislation would impact not only corporations but also farmers.

“These excessive levels of concentration and market power are devastating our independent family farmers and ranchers and hollowing out the rural communities in which they live. Farmers and ranchers are being forced to sell into even more concentrated marketplaces that unfairly reduce the prices they receive for their crops and livestock, and unfairly increase the cost of labor, machinery, livestock, seeds and chemicals,” said Senator Booker.

In addition to the moratorium, the bill would set up a commission to study how to strengthen antitrust oversight of the farm and food sectors and publish recommended improvements to enforce merger and antitrust rules.

Putting the spotlight on food access by taking on the #SNAPChallenge

In December 2012, Senator Booker began a week-long challenge attempting to live on a food budget of $30 per week—the amount SNAP recipients receive. Though  he was criticized for misrepresenting the nature of the SNAP Program as the sole source of one’s food budget rather than a “supplement,” Senator Booker replied in a video that his aim was to spark a discussion about the reality that many Americans rely solely on food stamps to survive.

According to a LinkedIn post where Senator Booker blogged about his experience with the #SNAPChallenge over the course of the week, his goals were to: raise awareness and understanding of food insecurity; reduce the stigma of SNAP participation; elevate innovative local and national food justice initiatives and food policy; and, amplify compassion for individuals and communities in need of assistance.  His hopes were to highlight the voices of people involved in local food policy, the SNAP program, and other related initiatives.

Protecting animals in the agriculture sector through animal welfare legislation

Senator Booker is a long-time champion of protecting animal rights. He has written and passed into law legislation that limits unnecessary chemical testing on animals, and has advocated for putting an end to cruel practices at government-run USDA research facilities. Senator Booker has also pushed the Department of Agriculture to strengthen standards before food products are permitted to be labeled “humanely raised.”

Speaking with VegNews, he indicated what he would like to accomplish legislatively for animals and animal rights.

“I think that what we see happening in America is an awareness growing about the negative impacts that our current food system have on animals, and it’s great to see that consciousness and how people are demanding a change. You see very powerful corporate interests trying to fight against that change, when we, as Americans, don’t want to be engaging in activities that don’t support our fundamental ideas of justice and freedom. So, legislatively, I want to continue to be a part of a movement of folk who are fighting against corporate interests that are undermining the public good and the public welfare. So, I’m going to continue supporting bills that are about public health, whether it is pumping in all these antibiotics into animals that are literally threatening the safety of Americans.”

Senator Booker has been a vegan since November 2014. For him, the choice was rooted practicing what he preached. “The reality is, I just want to live my life in accordance with my values with an unapologetic authenticity.”

Tackling food policy through the intersection of climate change and farming

In September 2019, Senator Booker plans to introduce the Climate Stewardship Act, an attempt to remove carbon from the atmosphere by focusing on forests, wetlands, and farms. On the farm level, the legislation aims to engage farmers in climate change mitigation efforts by increasing incentives for conservation practices such as cover crops and rotational grazing, funding grants to expand renewable energy production on farms, investing in programs that bolster local food systems, and funding urban farms and community gardens in low-income communities.

“Farmers and ranchers are on the front lines of the dramatic changes in the climate that we’re already seeing, and they have an important role to play as we move forward. I’ve met with farmers and ranchers in New Jersey and across the country and in our conversations, they’ve consistently told me they want a seat at the table—to be part of the solution to this pressing challenge,” Senator Booker told Civil Eats. “As we move to quickly transition off of fossil fuels, we also need to show our independent family farmers and ranchers that they have a big role to play in a greener economy.”

A full list of agriculture and food legislation that Senator Booker has either sponsored or co-sponsored can be found here.

Chefs Who Cook Well and Do Good: Dan Giusti