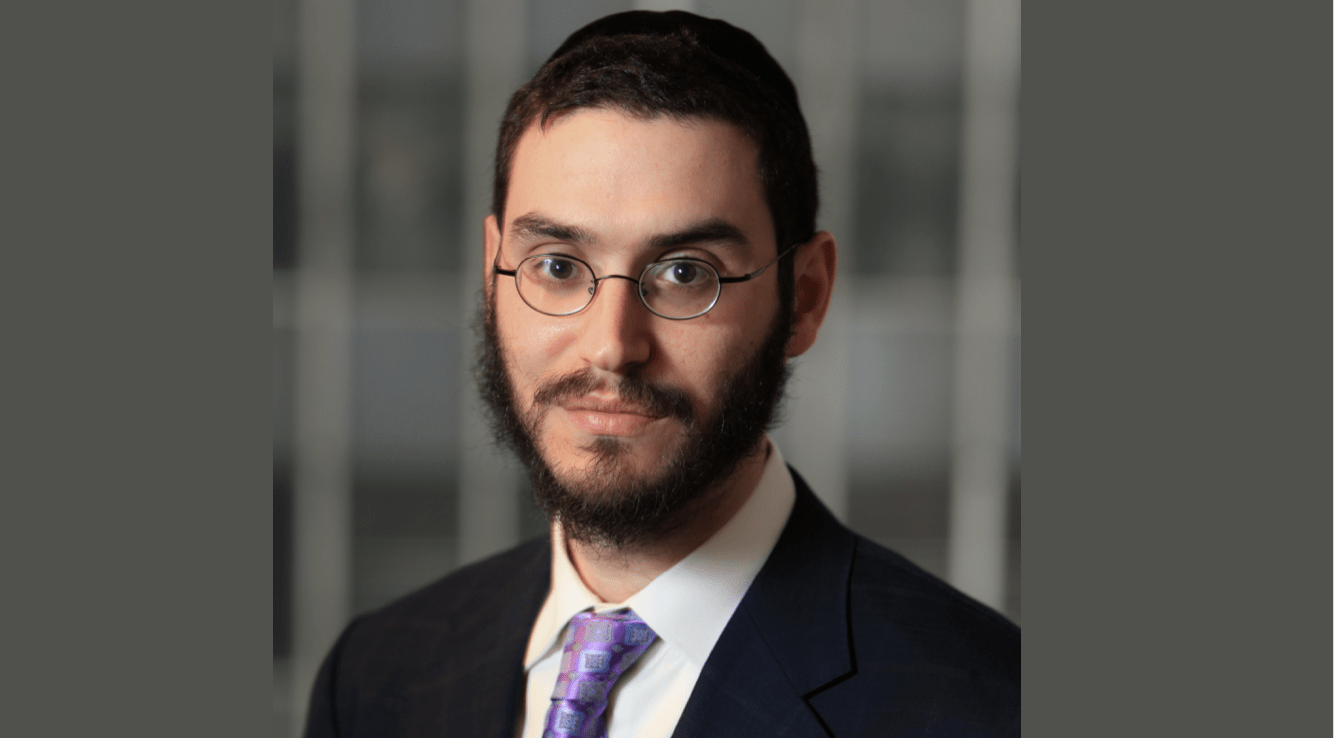 New York attorney #D. Maimon Kirschenbaum represents employees in class action and individual wage/hour cases, individual discrimination cases and other employment matters, such as severance negotiations. Currently a partner at the law firm of Joseph & Kirschenbaum LLP, he is known for holding restaurants accountable and advocating for workers who experienced wage and tip theft, wage and hour violations and other unfair and illegal employment practices. Diet Detective had the opportunity to interview Mr. Kirschenbaum about his rising career and the state of #New York City‘s #restaurant and hospitality industry.

Mr. Kirschenbaum, thank you for agreeing to do this interview. You grew up in the #restaurant industry with a mother who was a caterer and chef. Did this influence your decision to become a #lawyer defending the rights of #restaurant workers in NYC?

Maimon Kirschenbaum: Thanks for having me, Charles.  My mother is truly a terrific chef and was a great caterer when I was growing up.  My road to defending the rights of restaurant workers did not naturally connect to my upbringing in the food world.  That said, of course everything is Divine Providence, and nothing is a coincidence.

You refer to yourself as “New York restaurateurs’ most feared attorney.” Can you explain? What are some of the cases you’re most proud of and why?

Maimon Kirschenbaum: That’s funny.  I do not recall referring to myself that way, but I’ve heard it said.  I am lucky to have top-notch lawyers and staff at my firm and a wonderful network of employment lawyers I work with throughout the city.   I am very proud of the role my firm’s cases have had in the development of laws in New York that are very favorable to restaurant workers. For example, we have had some nice “cutting edge” victories with respect to the requirements that catering halls distribute service charges from catering events entirely to waitstaff and that restaurants not require tipped workers to share tips with management or non-service employees.

I am also generally proud of the fact that my firm’s work has recovered real money and increased workplace protection for thousands of NYC restaurant employees, a group that I have found often tends to be exploited and mistreated.  Every time I win or settle a case for a restaurant worker and help them get back on their feet, I am truly gratified.

What do you think restaurant owners and managers are missing when it comes to their employees’ wellbeing, safety, and human rights?

In your opinion and experience, is there a category or type of restaurant that is most egregious in terms of workers’ rights? (ex. Casual, fast-food, farm-to-table, ethnic, chain, high end)

Maimon Kirschenbaum: Without stereotyping too much, catering halls–some very high-end ones–often include large service charges that they do not distribute to wait staff (this has gotten better over the years, thanks to a slew of litigation and legislation). High-end large restaurants historically abused the tip-pools by including management or non-service employees.

Ethnic restaurants are all over the place. Some pay all tips, no wages; some pay employees by the shift rather than an hourly wage; some give the waitstaff flat weekly pay and keep all their tips. In my experience, chain restaurants tend to be the best behaved in the wage and hour department.

Many have argued that the increase in minimum wage has led to lay-offs and reduced hours (see here, here and here). What are your thoughts about the minimum wage increase? How has the fight for $15 affected the restaurant industry in NYC?

Maimon Kirschenbaum: This is a controversial topic. I think both sides have fair points.   One point I feel very strongly about: To the extent the fight for $15 includes an allowance for restaurants to share tips with back-of-the-house employees, I think it will be a net loss for many servers, and I am against it. I don’t think service employees should have to subsidize the employers’ back-of-the-house operations with their well-deserved tip money.

Maimon Kirschenbaum: Good question. With respect to wage theft, for the little operations, it’s a small margin industry, and it is hard to resist the temptation to skim some money here and there to boost profits.  For the uber-successful places, there’s this notion that waiters are making so much money they shouldn’t complain about tip-pool structures and the like.

With respect to discrimination, there is a ton of race discrimination all over the NYC restaurant industry. Unfortunately, racial minorities have a smaller voice and are often relegated to less favorable positions–barback vs. bartender, runner/busser vs. server.

Finally, when it comes to sexual harassment, restaurants are filled with alcohol, the work is very physical, and the temperature is usually hot.  Not a good recipe vis-a-vis sexual harassment. I’m sure you’ve read the awesome expose, Kitchen Confidential, by Anthony Bourdain.

Are restaurants in NYC allowed to hire based on gender, race, age? It seems as if there is an unmistakable “look” in many different types of restaurants and bars. Is that actionable?

Maimon Kirschenbaum: Excellent point. Of course it is actionable. I think about this a lot. I believe this is really a huge issue that still needs to be addressed in the restaurant industry.

Owners want their restaurant to look and feel a certain way, and they often (unfairly) feel that this requires them to have certain employees relegated to lower level positions. For example, I’ll go out on a limb and say that I find Hispanic and Bangladeshi workers have a very hard time moving up the ranks. I’ve brought claims against a super-high-end restaurant, where I was able to show that the overwhelming majority of their bussers/runner/barbacks were Hispanic, while only about 2 percent of their servers were Hispanic.

And those servers had the worst shifts with the fewest customer interactions.  Of course, just the threat of a lawsuit brought them to the table. I got my client a nice settlement, and hopefully the restaurant has changed its practices. But, as I’ve said, this is an extremely prevalent problem all over the city.

Thoughts on tipping and service charges? You’ve said, “skimming off the tip pool happens so blatantly and everywhere.” Can you explain how this happens? Do you tend to see it more in high-end restaurants, or is this evident across all restaurants?

Maimon Kirschenbaum: Often a large restaurant with a massive tip-pool (usually higher-end) will add an “expediter,” “coffee preparer,” “silver polisher” or even managers to a tip-pool.  The idea is that the waiters are making a lot, and the extra cost of including these inappropriately included positions is very small when spread out across all the waiters.  Of course, it is blatantly illegal–it is the rich(er) stealing from the poor(er). It is worth noting that restaurants have gotten better with this over time as the big players have gotten hit with hefty lawsuits/settlements because of these practices.

What is the biggest restaurant worker problem you see in NYC?

Maimon Kirschenbaum: Race/gender discrimination, no question.  It is painful and upsetting to see.

In the past few years, and especially since Kwame Onwuachi wrote Notes from a Young Black Chef: A Memoir, we’ve learned a lot more about the ol’ boys club culture in kitchens. In your opinion, is harassment under-reported by back-of-the-house workers because of this mentality and fear of disturbing the status quo? If so, how can the industry work to break the unhealthy culture in restaurant kitchens?

Maimon Kirschenbaum: Harassment is under-reported because of fear of retaliation.  The industry should make it clear to victims that they care very much about employees working in a harassment free zone. General managers should be people who are well-trained to deal with harassment issues. And if a general manager is not up to the task, the restaurant should have another truly safe space where employees can go to report harassment.

In the celebrity chef culture, the idolization of the superchefs is also a big problem.  An employee who accuses a well-known chef or restaurant of harassment or discrimination will have a REALLY hard time finding good work in the industry.

Thankfully, this is slowly changing.  But I think the restaurant industry needs to stop blaming its problems on legislation and plaintiffs’ lawyers. We need a real moment of truth, where the industry says, “Times are changing. We need to admit the rampant human rights violations in our midst and show our employees that we are really serious about addressing them.”

Grew up in: Upper West Side

City or town you call home: Upper West Side

As a child you wanted to be: Chabad Rabbi (Still do :))

Your motto: Helping others in their time of need is a great recipe for a happy and meaningful career/life.

Your proudest “legal” moment: Every time I get a heartfelt thank you from a client telling me that the work my firm did for them made a real difference in their life.