How Do Animals Eat? Part 2 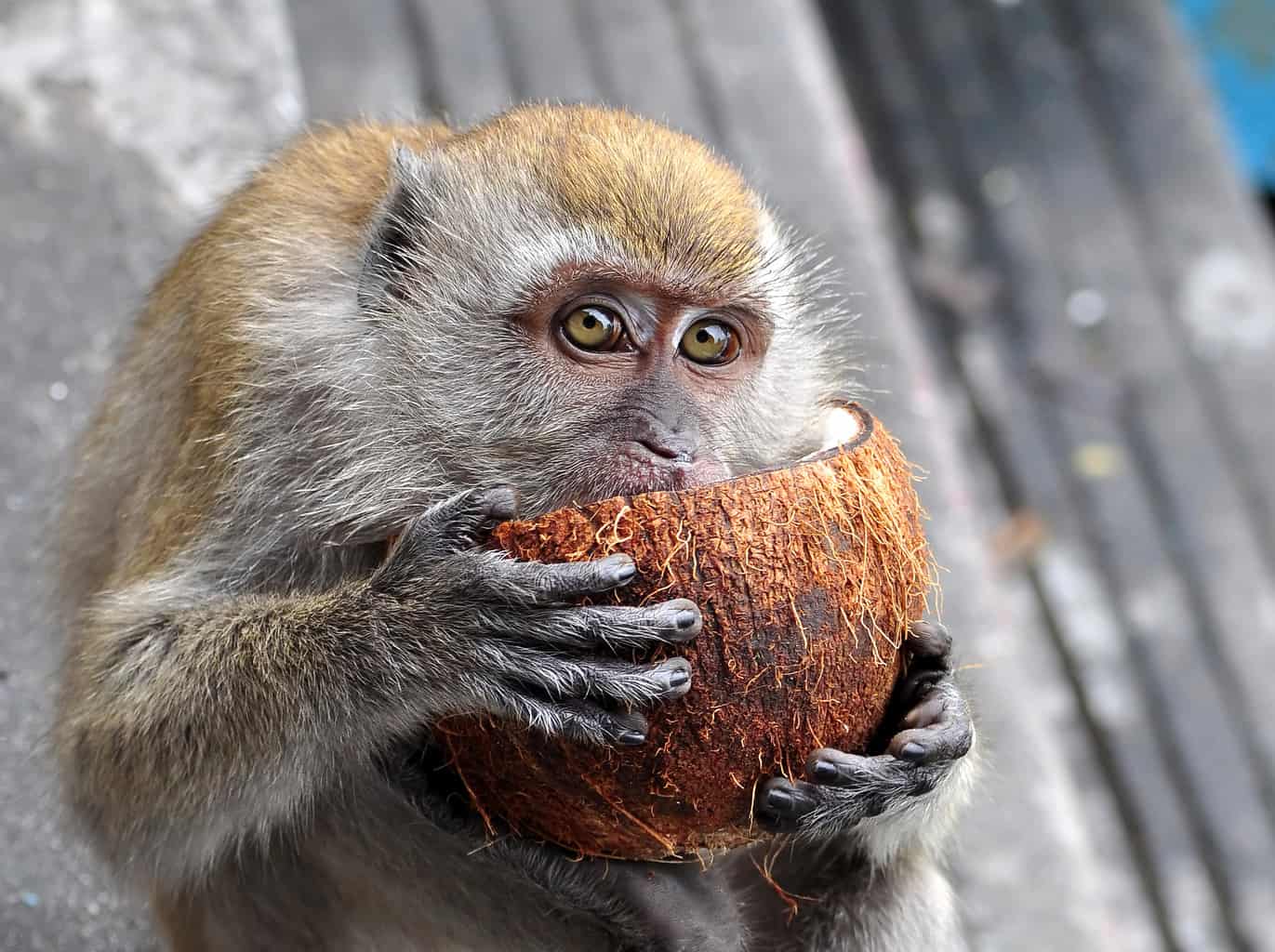 This is the second part of my #interview with #Bruce Rengers, Ph.D., R.D., a professor at Metropolitan State College of Denver and a former zoo employee, and #Jennifer Watts, a nutritionist at the Brookfield Zoo in Chicago.

Do #animals get fat in the wild? Is that common?

Bruce Rengers: I have seen massively obese animals in the wild, but it is always because they are #eating human #food that is brought to them. For example, monkeys in temples in Thailand are considered sacred and receive food from people every day even though they live “in the wild.” These monkeys are so obese they can barely move. But I guess this really wouldn’t be considered in the wild since they are protected and fed. I would suspect that animals truly living in the wild do not get enough food to allow them to become obese. But if they did, they would become food for another animal very quickly because they would not be able to move fast enough to escape a predatory situation. There are, however, animals such as polar bears and seals that are naturally fat in the wild because they need the fat for warmth. Also, some animals naturally become fat before winter sets in so they can survive the winter. It may be hard to define what is abnormal obesity in some animals.

Do animals in the wild have health issues relating to obesity? Do animals get cardiovascular disease?

Jennifer Watts: I don’t think there are issues related to obesity since it’s not too common. We do see more diet-related health concerns in captive animals simply because these animals live longer than those in the wild. A diabetic animal in the wild would never make it, so it would die young. We maintained two diabetic primates here for 20 years using diet and insulin, but we have not had any significant cardiovascular disease that can be related to diet and/or obesity.

Have you ever used high-fiber foods to increase satiety among the animals?

Bruce Rengers: With obese animals in the zoo we often used fiber to dilute the caloric density of foods while maintaining the food’s bulk. My impression is that it was never very successful. Trying to get animals in captivity to lose weight is not an easy task. When I went to the zoo I thought it would be easy to deal with overweight animals since the animals only get what we give them for food. I was definitely wrong about this. Some animals become agitated when they feel hungry and start engaging in aggressive or odd behavior. For example, orangutans start eating feces or throwing it at people. Definitely not desirable in a zoo exhibit!

Jennifer Watts: Absolutely! Only in omnivorous or herbivorous mammals though, since there’s not a whole lot I can do with carnivores. Our grizzly bears are perpetually hungry during the summer, as they are programmed to put on weight, but they are not as active as they would be in the wild. So, they get a lot of greens in order to feel full and not get aggressive with each other or with keepers. For them, I am OK with giving them iceberg lettuce since it’s strictly for bulk, but for other animals I try to stay away from iceberg. Orangutans naturally have a very high-fiber diet, so their diet is about 70 percent greens, but it does help with satiety as well. For many hoofed animals, the feeling of satiety is important for the health of the GI tract. There are species that are basically grazers, and they’ve adapted to eat a lot of low-quality forage, so I will offer them low-quality hay to allow them to eat and “graze” normally.

Bruce Rengers: This is something I think I really learned from animals. In the wild they must eat healthy in order to survive. There are some animals that have to eat very specific foods to survive, and they seem to know this. My unscientific observation is that animals seem to be innately wired to search for and eat certain things that lead to a healthy diet. That being said, I think this is only true if the animal is in the environment in which it evolved and is presented only the foods with which it evolved. As I’ve said, if you offer an animal new foods, especially high-calorie, refined, sweet or salty foods, the new foods often displace the animal’s customary foods and become their preferred foods, resulting in poor health. Think of bears in the wilderness once they have tasted human food in a garbage dump. They develop a preference for this food. It is easy and good. For me this has incredible significance for us as humans. When I stand in a grocery store and realize that almost everything in the store is processed and manufactured food, I think we have no hope of learning to eat well. These foods are not in any way shape or form the foods we evolved eating. We have developed the highly seductive foods that make us want to eat improperly.

Also, when I was studying what animals would eat in the wild I often found myself as a nutritionist wondering how it was possible for the animal to survive in the wild. Their diets seemed so inadequate. For example, in the wild a staple of gorilla diets is wild onions. Gorillas are massive and powerful animals. I found myself wondering how they could get sufficient protein from eating onions. I had to consider that our domestic onions are not the same as wild onions. Our onions have been bred to be sweeter and larger and probably have less nutrient density. It is difficult to compare domestic fruits, vegetables and grains with those of our ancestors. So even eating unprocessed foods from our supermarkets may not be the same as eating the foods with which we evolved.

Bruce Rengers: Animals do have issues related to food and to their social groups. We had one monkey (at the zoo where I worked) who would lose weight and develop diarrhea when it was with its mates. When it was removed from its group it would start to gain weight and the diarrhea would resolve. Basically the group was bullying this one monkey. I’ve not had experience with the opposite problem — that is, animals that need social support in order to eat well — so I just don’t know if that’s ever an issue.

Jennifer Watts: Depends on the species, but for social species it is very important who eats what, when. Animals that are more subordinate will try to get their hands on anything they can before a dominant animal comes over to the area. I would think that, for the most part, it would be indiscriminant grabbing of food items, because anything is better than nothing. If there is no threat of a dominant animal food-stealing, there is more deliberate selection of food items. In captive situations, social hierarchy affects how we feed and manage the animals. We often have to overfeed and/or offer more feeding stations to allow the subordinate animals sufficient time to grab what they want. In most zoo situations the dominant animals can have the worst overall nutrition because they grab all the goodies (usually the produce) and none of the complete diet biscuit. The subordinate animals get stuck with the complete diet biscuit and thus have the best overall nutrition (but reduced variety). Of course, this is highly variable and depends on the species and individual. We have many animals that love their complete diet and choose that first, but there are also some with whom we have to play hardball. As I like to say, “It’s like I’m in charge of feeding 2,000 toddlers.”