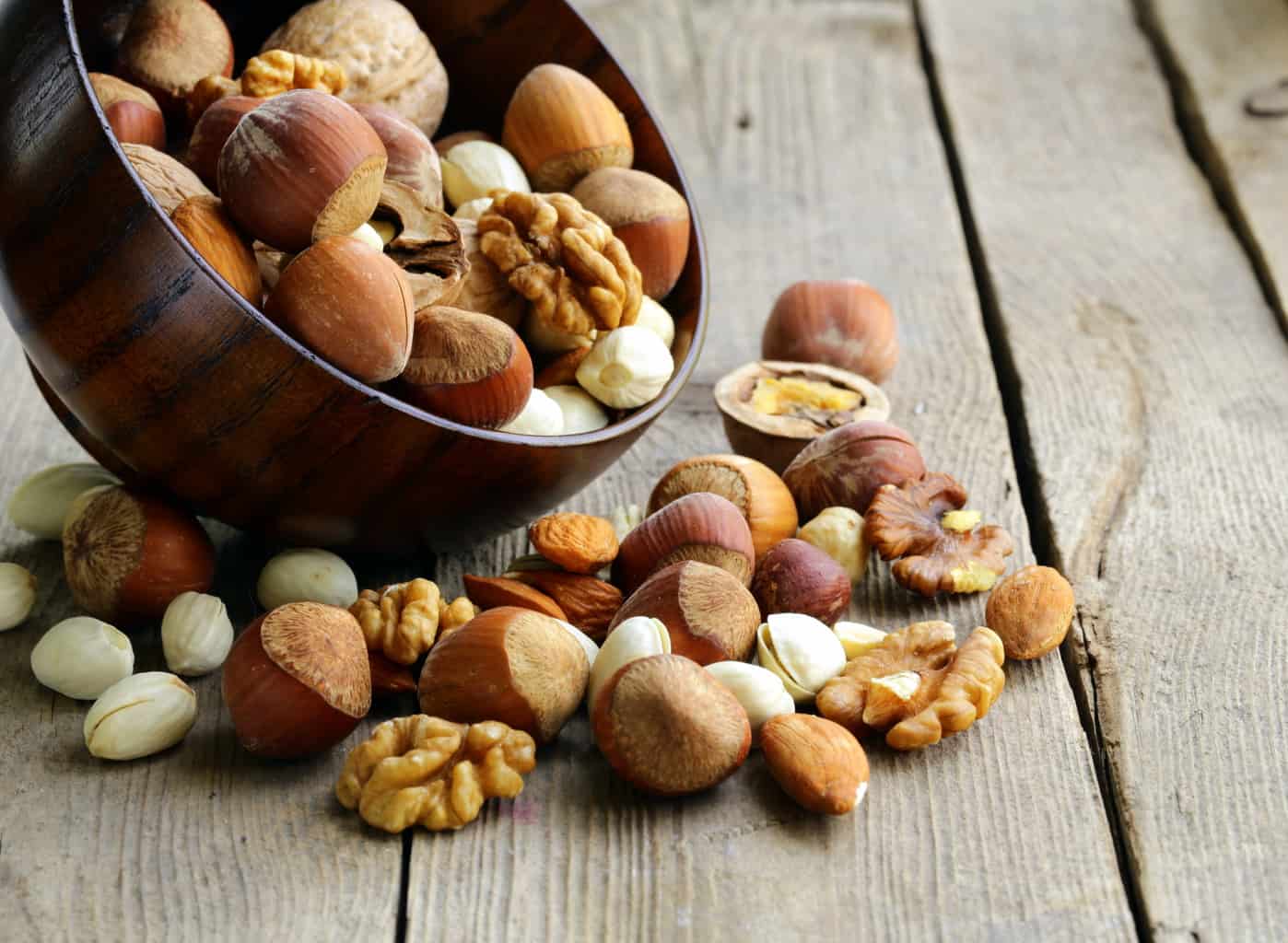 Diet Detective: I know you’re an advocate of low Glycemic foods. Can you tell us, in the simplest terms, what is Glycemic index and load, why does it matter, and when we’re shopping or #eating out how can we find out the GI/GL on the spot? Is there a calculation we can use?

Dr. Ludwig: Since the dawn of our species, humans have consumed foods that digest slowly, supporting our energy and metabolism for many hours after eating, and helping us maintain a healthy body weight. However, in our fast #food/fake food culture, we have increasingly become dependent on high glycemic foods that are digested quickly and raise blood sugar rapidly.

Eating too much high glycemic foods, such as white bread, white rice, highly processed breakfast cereals, potato products, and of course concentrated sugars in all their forms, causes many serious health problems. These foods send blood sugar and hormones on a roller coaster ride that drives hunger, causes weight gain, and also increases risk for diabetes, heart disease and perhaps even cancer.

As we have recently reviewed in the medical journal, The Lancet, the great majority of published studies show important health benefits of reducing high glycemic foods and eating more low glycemic — foods like non-starchy vegetables, fruits, beans, nuts, minimally processed grains (e.g., brown rice, stone-ground bread, steel-cut oats, etc). Some published studies are negative, showing no difference between low and high glycemic diets, though this is not surprising. Some variation will always occur between people and among studies. In addition, some of the negative studies may not have gotten the methods quite right. After all, you can’t blame a recipe if the cook makes a mistake with the ingredients.

The bottom line: no need to “eat by the numbers” for glycemic index or any other dietary approach. This takes the fun out of food, and really isn’t necessary. Instead, follow these simple rules: 1) eat lots of non-starchy vegetables, fruits and beans; 2) Eat grain products in their least processed state possible, reserving refined grains for small side dishes; 3) No need to cut back on fat in the diet, just focus on healthy ones like olive oil, nuts, avocado, flax, etc; 4) Have protein, including vegetarian sources, at most meals and snacks.

Diet Detective: What’s the most surprising and interesting fact or study that you’ve heard or discovered about dieting/weight control, which most of us have not heard about?

Dr. Ludwig: Chewing may be among the most under-rated of all physical activities. It not only burns off calories and makes food more digestible, but it slows us down when we eat. This can lower the rise in blood sugar when eating and also give us time to register satiety, the feeling of fullness after a meal.

Diet Detective: If you could eat one forbidden or unhealthy food (candy, cakes, etc.) whenever you wanted without gaining weight, what would it be?

Dr. Ludwig: Dark chocolate, with at least 70% cocoa. Though I actually consider this more of a health food than a forbidden food, as it’s rich in anti-oxidants, low in glycemic index, and helps lower blood pressure. I consider milk chocolate, in contrast, to be a junk food, as it invariably contains more sugar than chocolate.

Diet Detective: If there were one healthy food item (something you love) that you had to eat every day, what would it be?

Diet Detective: What do you consider the world’s most perfect food?

Dr. Ludwig: For infants the answer is easy: the milk of their mothers. For the rest of us, it gets more difficult. As omnivores, no food, nor any single class of foods, can sustain us. If I were stranded on a dessert island, and could only consume one item, it would be organic kefir, a fermented beverage made from cow’s milk, consumed for thousands of years in the Caucus Mountains. Traditional peoples in this area attribute their well-recognized longevity to the health benefits of this beverage.

Dr. Ludwig: Biking along the Charles River in Boston.

Diet Detective: What’s your favorite healthy ingredient? What’s the one thing you’d suggest people keep in their kitchen if they want to cook healthy meals?

Diet Detective: What’s the one kitchen utensil or tool that you can’t live without?

Dr. Ludwig: For much of the last half-century, the most common approach to preventing and treating obesity has been a low-fat diet. It seemed to make sense: if you don’t want fat on your body, don’t put fat into your body. The problem is that it didn’t work. Recent research from our group and others has shown that the relative amount of fat in the diet isn’t an important determinant of body weight, and low-fat diets have been notoriously unsuccessful. In the past five years, the pendulum has swung very far in the other direction, with the enormous popularity of the Atkins’-type, very low carbohydrate diets. These diets do produce significant weight loss for a few months. However, studies show that by one year, much of the weight is regained. How long can one go on bacon double-cheeseburgers, hold the bun?

The basic problem with many diets is that they lack an accurate understanding of how food affects our hormones and metabolism, and ultimately our well-being. Diets that restrict an entire class of nutrients, fat or carbohydrate, produce biological and psychological deprivation that we can ignore for only a short time. Instead, we advocate a low-glycemic diet designed to stabilize blood sugar and insulin after the meal, promoting long-term satiety and supporting metabolism. This approach, focused on nutrient quality rather than quantity, offers the widest possible range of food choices, providing a sense of abundance instead of deprivation. Dozens of scientific studies suggest that this approach may be remarkably effective, not just for weight loss, but also to prevent heart disease and diabetes.

Diet Detective: Why is it so hard to stick to an exercise program?

Dr. Ludwig: It’s no surprise that Americans are remarkably sedentary. Many teenagers, especially girls, do virtually no physical activities apart from gym at school (and due to budget cuts, gym isn’t offered very often these days). Most conventional weight-loss programs aim to get sedentary people involved in regular vigorous exercise. Unfortunately, most exercise programs don’t produce significant weight loss. The problem is that jogging, for example, burns off only about 70 calories per mile, whereas just one super-size fast food meal can have over 2,000 calories — equal to jogging four miles a day for an entire week! Children, especially younger ones, are not well-suited for sustained vigorous exercise — their bodies aren’t built for it, and they lack the ability to concentrate on one activity for long. A more effective approach is to discourage sedentary pursuits (especially TV, the granddaddy of them all) and encourage all sorts of physical activities in daily life — play (the most natural physical activity for children), sports, dance, walking, active chores, and so on. Don’t even mention the “e”-word.

Diet Detective: What is the most common mistake that parents make when dealing with an overweight child?

Dr. Ludwig: When it comes to behaviors affecting body weight, some parents raise young children permissively, perhaps in reaction to excessive strictness they experienced in childhood. But if parents don’t provide firm limits and guidelines, our commercial culture will happily fill the vacuum. The extremely unhealthful eating and activity habits taught by TV and other media become deeply ingrained over time, often causing a weight problem by adolescence. At this point, parents become alarmed and try to clamp down. But strict limit-setting at this developmental stage usually makes matters worse, resulting in an escalating power struggle. Coercive parenting practices (criticisms, punishment, nagging, pressure to eat certain foods, etc.) at any age may seem to work in the short term, but they can be very counterproductive. These practices take a toll on the parent-child relationship, they leave children feeling upset (and no one learns well when upset), and they actually keep children from accepting responsibility for their behavior.

The key to successful parenting is to establish a parent-directed system that provides firm limits and guidance when the child is young. Then, over time, these limits are gradually released as the child matures, giving rise to a child-directed system that encourages autonomy and responsibility. With proper parenting practices, we can avoid many of the problems that commonly occur in families with overweight children and possibly help prevent overweight from developing at all. When conflicts do occur, constructive parenting practices (modeling, praise, goal-setting, problem solving, and self-monitoring, for example) help us avoid making matters worse and begin to turn things around.

Diet Detective: Do you have a Calorie Bargain?

Dr. Ludwig: I believe eating a low glycemic diet helps to line up biology with behavior, so we fill up sooner, and our bodies tell us so, making weight loss much easier. Though I’ve never had a significant weight problem, I lost about 20 pounds after switching to a low glycemic way of eating, without even trying to. Therefore, my bargain is to pay attention to the quality of carbs, so we need to rely less on calorie bargains.

Diet Detective: What was your worst summer job?