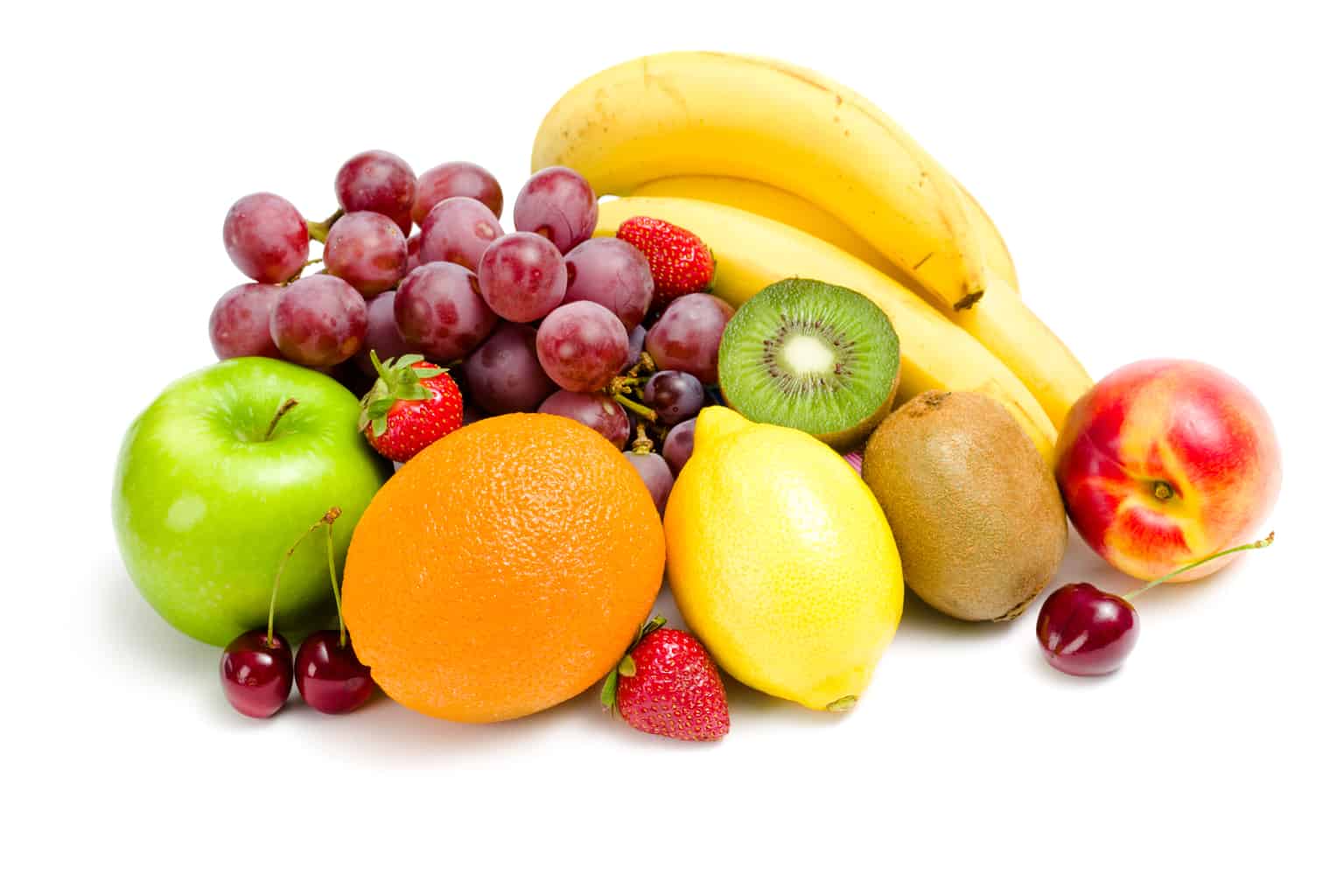 Am I avoiding dangerous chemicals by eating organic?
There is no question that more dangerous chemicals are used on #fruits and #vegetables that are not grown organically. “There are absolutely fewer pesticides used on organic foods. Some natural pesticides and even a few synthetic pesticides have been approved, but if you look at the list of approved substances, there are only about 35 options, and one of them is baking powder,” says Urvashi Rangan, Ph.D., an environmental scientist at Consumers Union.

In fact, many organic proponents claim that the major benefit is avoidance of commonplace toxic contaminants, particularly carcinogenic and neurotoxic pesticides. “These are certainly a concern to healthy people, but more so to the unhealthy, and even more so to toddlers and infants, who are extremely sensitive to carcinogens,” says Samuel S. Epstein, M.D., a professor emeritus of Environmental and Occupational Medicine at the University of Illinois School of Public #Health and chairman of the Cancer Prevention Coalition.

However, not everyone agrees. “‘The dose makes the poison’ is a cardinal rule of toxicologists. Yes, some agricultural chemicals are dangerous, but humans do not ingest enough to threaten their health,” argues Joseph Rosen, Ph.D., a professor of food science at Rutgers University in New Jersey.

Nevertheless, a glimpse of the effects of these chemicals on agricultural workers may make you want to reduce your exposure as much as possible. One analysis, published in “Reviews on Environmental Health,” determined that agricultural and industrial workers are at high risk for developing cancer following pesticide exposure. Children of farmworkers can be exposed to pesticides through their parents, and maternal exposure can pose a health risk to the fetus and the newborn.

Do government regulations protect our food from harmful chemicals?
“We rely on a ‘proof of harm scale’ in this country,” says Rangan. “We tend to believe that something is safe until it’s proven otherwise. In Europe, they work the other way — they don’t believe anything is safe until they see proof that it is. Right now, we don’t have a lot of hard proof demonstrating that conventionally-grown foods could be considered dangerous. But we do know that chemicals could be harmful. The EPA [Environmental Protection Agency] is constantly re-evaluating and re-examining allowable levels of chemicals in food. And science is not static — we know more in 2005 than we knew in 1975. So just because we don’t have all the evidence to explain the danger doesn’t mean the danger isn’t there.” The bottom line is that eating organic food is a way to be “safer than safe.”

And according to Dr. Epstein, “The USDA and FDA have a statutory obligation to inform the public of risks from carcinogens and contaminated foods, but both have abysmally failed to do so. Both agencies are more protective of agribusiness industry interests than consumer-safety interests.”

The Food and Drug Administration’s response to their responsibilities to protect citizens from harmful chemicals?
“The FDA has an extensive program and commitment to protect the public health from chemical contaminants, such as acrylamide, dioxins, methyl mercury, furan, perchlorate, mycotoxins and lead. This program, depending on the contaminant, includes setting action and guidance levels, action plans aimed to minimize exposure to harmful contaminants, public meetings both to inform the public and solicit input, food advisory committee meetings, posting of activities and data on the FDA website, surveillance, consumer advice and enforcement actions,” says an FDA spokesperson.

Some would say that eating organic isn’t necessarily better because natural pesticides can be as bad as synthetic ones. “There is a common assumption that natural chemicals are somehow safe to eat, whereas synthetic chemicals are dangerous. That is completely untrue,” says Anthony Trewavas, Ph.D., a professor and plant scientist at the Institute of Cell and Molecular Biology in Edinburgh, Scotland. “In fact, some natural pesticides kill insects by precisely the same chemical mechanism as synthetic pesticides. And there is no difference in the overall toxicological stability of natural and synthetic chemicals in the human body. But while the daily consumption of natural pesticide is equivalent to about a quarter of a teaspoon, the synthetic pesticide trace is the equivalent of one-quarter of a grain of salt — about 10,000-fold lower. That amount of synthetic chemicals is toxicologically irrelevant.”

Nevertheless, even die-hard cynics like Dr. Rosen agree that if you can afford to buy organic, “Why not do it?”

How likely is it that an organic food will contain pesticides?
It depends on the crop and where it is grown. When organic vegetables are grown in the midst of conventional crops, pesticide drift is hard to prevent. Low levels of pesticides can remain in the soil 30 years after the product was applied, and sometimes pesticides in irrigation water lead to detectable levels in an organic field.

“For most organic fresh fruits and vegetables, there are fewer pesticides found, less frequently and at lower levels — the pesticide risk posed by organic food is one-tenth to one-one hundredth that of conventional produce,” says Charles Benbrook, Ph.D., chief scientist of The Organic Center for Education and Promotion.

Do I need to buy organic fruits and vegetables for my children?
According to environmental scientist Dr. Rangan: “It’s a value judgment. If you want to reduce the pesticides and chemicals your children are exposed to, it makes sense to avoid conventionally-grown foods.” She recommends asking yourself the following questions: Would you like to err on the side of caution? Can you afford it? Keep in mind that eating any fruits and vegetables is better than eating none at all if you can’t afford the organic varieties.

What do organic farms use in place of chemical pesticides?
There are several kinds of natural pesticides and chemicals that certified organic farms are allowed to use, including ladybugs (which kill many plant-eating insects) and various kinds of insect pheromones — hormones extracted from insects and then sprayed over crops. However, one study — which has since come under a good deal of scrutiny and controversy — suggests that people who eat organic foods may be up to eight times more likely than those who eat non-organic foods to get E. coli.

Should you avoid all non-organic foods even if you’re on a tight budget?
Not necessarily. According to Rosen, an average family of four would probably spend between 50 and 300 percent more to be completely “organic.” However, there is a middle ground.

Not only do the amounts of pesticides used on different kinds of produce differ, but the physical makeups of the fruits and veggies themselves change the level of pesticides you’re likely to ingest. For example, even heavily-sprayed bananas are low-risk because you remove a majority of the pesticides when you peel them. Therefore, Tufts researcher Kathleen A. Merrigan, Ph.D., is less concerned about bananas than strawberries, which could have as many as 65 chemical treatments by the time they get to the consumer.

If you’re concerned about contamination but don’t want to go completely organic, here are the “Dirty Dozen” — the 12 foods with the highest chemical levels, according to an analysis of USDA data on pesticide residue in food:

To find out the level of pesticides on your produce, go to foodnews.org, the website of the Environmental Working Group, which lists government findings on the amounts of pesticides used on fruits and vegetables. According to the EWG, the six fruits least likely to have pesticide residues are pineapples, mangoes, bananas, kiwis, avocado and papayas. And the vegetables least likely to have pesticide residues are sweet corn, cauliflower, asparagus, onions, peas and broccoli.

Can’t you simply rinse off pesticides, fertilizers and other allegedly harmful chemicals?

Washing can substantially reduce the amount of pesticides left on the skins of fruits and vegetables, although how much residue you remove is dependent on myriad factors, including the amount of exposure to chemicals, the skin of the food and the kinds of chemicals used. Generally speaking, your best bet is a 30-second rinse, a 15-second soak and then a final rinse. The process, however, works a lot better for a tomato than it does for something like a raspberry, which has a complicated and fragile skin. Always pay attention to any bases or stems, as dirt and pesticides tend to lodge themselves in these places. Conventional apples are pretty heavily sprayed — you might want to also cut out the belly buttons and wash the rest, offers Joan Dye Gussow, Ed.D., a professor emeritus of nutrition at Columbia University.