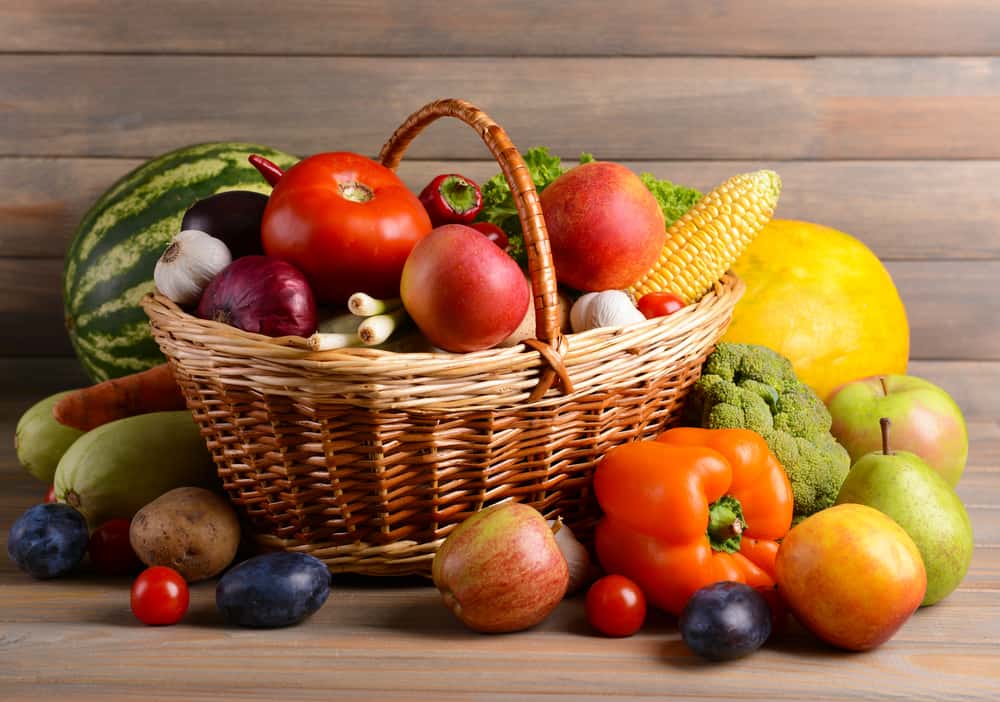 What are organic fruits and #vegetables?
Only food producers who comply with federal organic rules can call their food “certified organic.” The USDA requires that certified organic crops “be produced without pesticides, herbicides, synthetic fertilizers, sewage sludge, bioengineering or ionizing radiation.” Farmers must use organic seeds and may not apply “prohibited substances” (i.e., pesticides, synthetic fertilizers) to the land for at least three years before harvest.

That said, the USDA makes no claims that organic food is safer or more nutritious than conventionally-produced food. The term “organic foods” refers to the method used to produce food rather than to the characteristics of the food itself. You can view all the organic standards at: www.ams.usda.gov/nop/NOP/standards/ProdHandReg.html

Are organic foods more nutritious?
The impact of farming practices and food processing on the antioxidant content of food is one of the hottest areas of investigation in the food and nutrition sciences. It’s difficult to make a blanket statement that organic fruits and vegetables are more nutritious. Nevertheless, some preliminary evidence indicates that certain specific organic foods are more nutritious. A few studies suggest, for example, that organic fruits may contain a higher level of antioxidants and vitamin C. Beyond that, however, the evidence that these foods are significantly healthier is not clear, although some scientists are optimistic.

“On average, organic produce contains marginally higher levels of vitamin C, antioxidants and certain minerals, compared to conventional foods grown under the same soil and climatic conditions,” says Charles Benbrook, Ph.D., chief scientist of The Organic Center for Education and Promotion. “For people wanting to prevent disease by increasing their intake of these #health-promoting components of food, organic food delivers on average more nutrition per serving and per calorie consumed than does conventional food.” After an extensive review of the scientific literature, he asserts that organics have about one-third more antioxidants. (You can read the entire text of The Organic Center’s review on antioxidant levels in organic food at: www.organic-center.org/Antioxidant_SSR.pdf.)

One theory explaining the high antioxidant content of organic foods is that they need to produce more antioxidants to fight off pests and diseases. Because the plants aren’t treated with pesticides, they must work harder to stay healthy, which increases stress and creates a higher level of antioxidants.

But does the higher antioxidant content make a real difference in terms of health? Is it “biologically meaningful”? “Science cannot predict nor necessarily prove that a 30 percent or 80 percent increase in antioxidant or vitamin intake will prevent some disease from inflicting a given person, but across the whole population, strong evidence demonstrates that increased nutrient and antioxidant density of food promotes incremental progress in disease prevention and health promotion,” argues Benbrook.

On the other hand, “The common belief that, ‘If a little of anything does you good, a lot more will do even better,’ has no basis in our understanding of toxicology. Virtually all vitamins and minerals are dangerous if too much is consumed,” says Anthony Trewavas, Ph.D., a professor and plant scientist at the Institute of Cell and Molecular Biology in Edinburgh, Scotland.

Additionally, many of the studies have not taken into consideration differences in soil, weather and other variables, says Joseph Rosen, Ph.D., a professor of food science at Rutgers University in New Jersey.

Most experts agree that increased nutrient content is not necessarily the primary reason to buy organic. According to Urvashi Rangan, Ph.D., an environmental scientist at Consumers Union, “While preliminary evidence does suggest, for example, that an organic orange has four times the antioxidants of a conventionally grown orange — if that’s why you’re buying them, you may want to wait until there is stronger scientific proof.”

Kathleen A. Merrigan, Ph.D., a professor at the Friedman School of Nutrition Science and Policy at Tufts University, agrees. “We still need more evidence about antioxidants; more work needs to be done,” she says.

Is it true that organic foods taste better?
Organic food has a reputation among many people for tasting better. The reason? It was mainly available at roadside stands and was fresher than the conventional produce sold in supermarkets, says Rosen. However, he doesn’t believe there is any difference.

Instead of relying on scientists, why not do your own taste test?

Are there any other reasons to eat organic?
One of the most popular and quantifiable arguments in support of organic food is less about the final product and more about the environmental conditions surrounding organic versus conventional farming. By eliminating petroleum-based fertilizers, organic farms could help reduce soil erosion, climate change and water contamination. And if you are concerned about genetically-modified foods — for the most part, you can avoid them by purchasing organic.

When it comes down to it, buying organic is an individual decision on many levels. “Some people focus on environmental issues; others care about health issues, worker issues, animal issues, cost issues — there are all kinds of value decisions a consumer can make,” says Rangan.

Next week’s column will answer the question of whether you’re at risk by eating conventionally-grown fruits and vegetables.