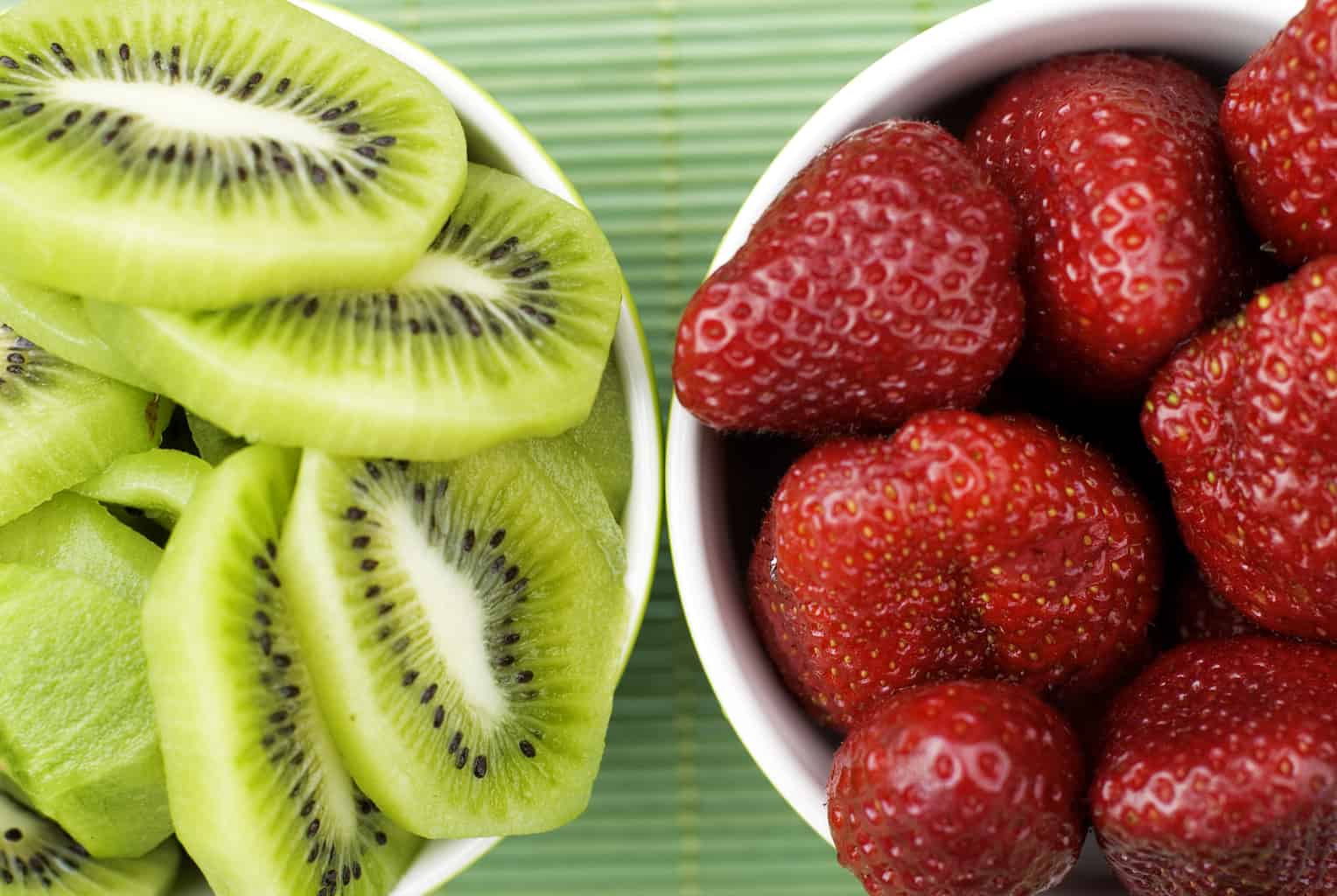 The #Diet Detective Answers Your #Nutrition and #Food Questions
Which fruit has the most vitamin C: kiwis, strawberries, oranges or apples?

First of all, you should note that the recommended dietary allowance, or RDA, for vitamin C is 75 milligrams for women and 90 mg for men. The RDA is established by the Institute of Medicine (IOM), an independent, nonprofit organization that works outside of government to provide unbiased and authoritative advice to decision-makers and the public. Some scientists believe that the RDA should be at least doubled, but you probably shouldn’t consume more than 200 mg per day because the research does not support mega doses (more than 1,000 mg per day) of vitamin C.

Why is vitamin C important? It destroys free radicals, which can damage DNA and create cancers in our bodies; it helps boost our immune system by rallying white blood cells to fight off infection; and it even helps reduce heart disease by stopping plaque from forming.

Which vegetable has the most fiber: broccoli, sweet potatoes, green peas or artichokes?

And why is fiber so important? Fiber-rich foods can help you lose weight for two reasons. First, fiber provides bulk, which makes you feel full. Second, it slows digestion, which makes you feel satisfied longer. How does this happen? Fiber postpones the gastric emptying of foods which may also reduce a rise in blood glucose concentrations and help diabetics with insulin sensitivity. It also reduces the risk of heart disease and diabetes and lowers cholesterol. Plus, fiber increases stool bulk, which can help prevent not only constipation but also hemorrhoids and possibly colon cancer.
The IOM recommends 14 grams of fiber per 1,000 calories consumed. So if you consume 2,000 calories, you should be getting 28 grams of fiber. The problem is that most of us don’t consume enough fiber.

What’s the difference between yellow popcorn and white popcorn?

Nutritionally speaking, there isn’t much difference. The values for the fiber content based on a single serving of 5 cups of popped popcorn are the same. Yellow kernels actually contain slightly more fiber than white kernels when you extend the values to 100 grams, but the difference is not significant. Yellow kernels contain more vitamin A than white, while white kernels test slightly higher for iron.

According to Tom Elsen of the famed Jolly Time popcorn company, the real difference between the two varieties is in the eating. “White kernels tend to pop slightly smaller and, consequently, they are a bit more tender. Also, yellow kernels have more of a traditional crunchy, corny flavor, while white kernels have a slightly sweet, nutty taste. Historically, sales of white popcorn are stronger in the northern tier of the United States. The early hybrids of white popcorn had a shorter maturity, so they where planted in regions where the growing season is shorter. Consequently, the white kernels were more readily available and developed a stronger following in these areas. That attachment to white popcorn in the northern part of the country still holds true today.”

So, what are the nutritional stats? These whole grains have only 100 calories per 5 cups, which also pack 7 grams of fiber. Not only that, but recent research from the University of Scranton found that popcorn is loaded with healthful antioxidant substances called polyphenols. Found in many fruits and vegetables, polyphenols help rid the body of free radicals that can cause damage to cells and tissues.

I’ve heard that chocolate can stop a cough — is that true?

Believe it or not, it is possible. But it’s dark chocolate that has the benefits, not milk chocolate. In fact, historically, many people including Nicolas de Blegny, doctor to the king of France in the late 1600s, have believed that chocolate can help with coughs. It is a great natural source of theobromine, which, according to researchers at the National Heart and Lung Institute at the Imperial College London, appears to be a natural cough suppressant. Dark chocolate also seems to be a bronchodilator. According to the journal Supportive Cancer Therapy, coughing is caused by an effect on C-fibers, which are part of our neural network, and theobromine suppresses that effect. Another supposed effect of chocolate is that it releases mucus in the airways, which can soothe a dry cough.

Diet Detective Investigation: Are the Marketing Claims True? Are These Food Products Worth It?