Chefs Who Cook Well and Do Good: David Bouley 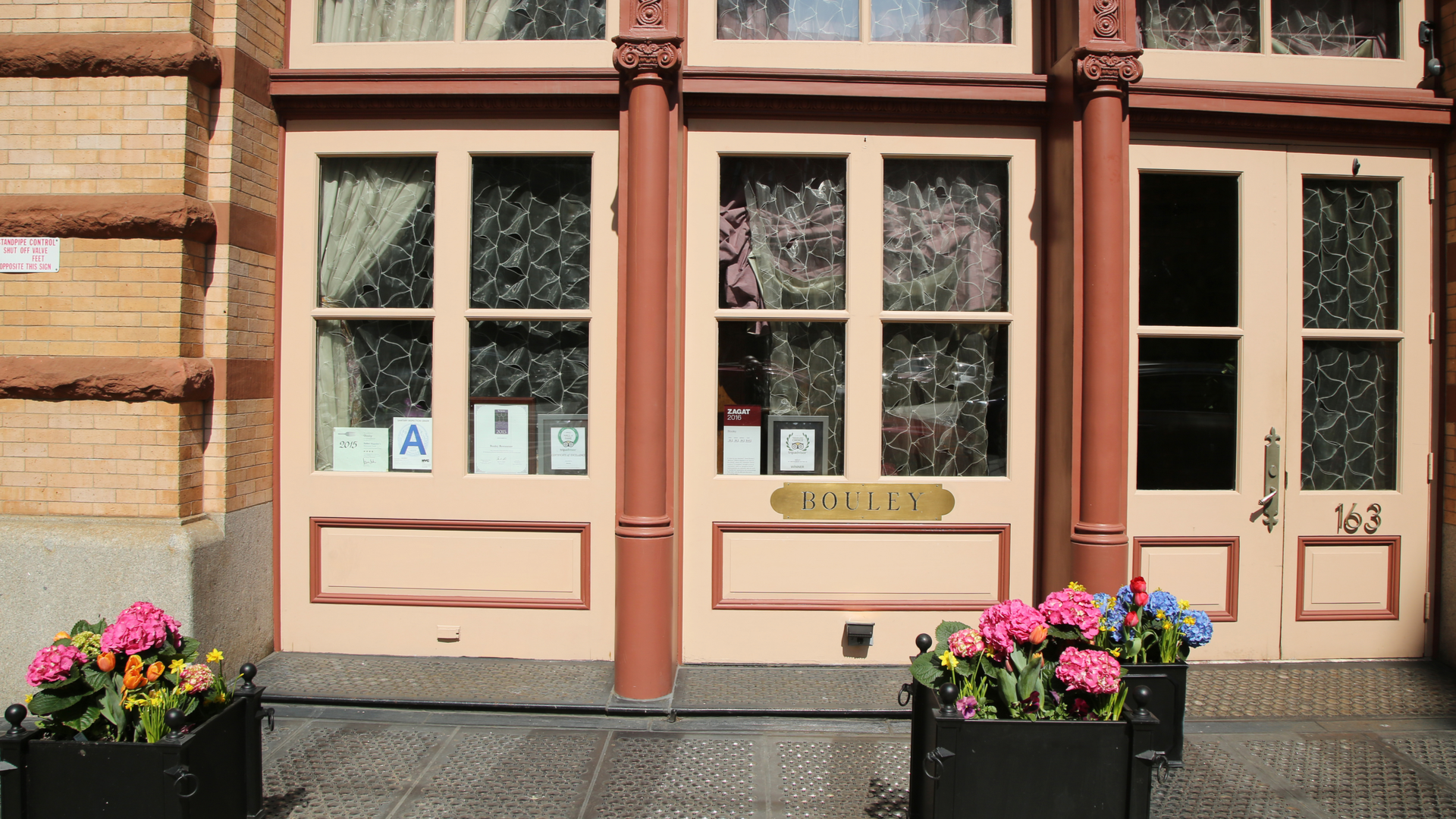 Culinary Training: Chef Bouley began his culinary career working in restaurants in Cape Cod and Sante Fe before going overseas. After studying at the Sorbonne in Paris, he worked with chefs including Roger Vergé, Paul Bocuse, Joël Robuchon, Gaston Lenôtre, and Frédy Girardet in France and Switzerland before returning to America. According to his biography on StarChefs, Bouley was strongly influenced by life on his grandparents’ French heritage and life on their farm in Connecticut. ,He took from them a great appreciation  for the land and the environment as well as fresh and local products. For him the goal was always to prepare a healthy and delicious meal.

Back in the States Chef Bouley worked at such renowned New York City restaurants as Le Cirque, Le Périgord, and La Côte Basque before becoming head chef of Montrachet in 1985. Two years later, he opened Bouley, his own award-winning restaurant in TriBeCa, which received  Zagat’s number one ranking for food and popularity every year from 1991 until its close in 1996. Others soon followed, including Bouley Bakery, Danube, a second incarnation of Bouley Restaurant and Bouley at Home.

Best Known For:  His fine-dining restaurants in New York City as well as his approach to food as medicine

How He Is Changing the Food System: David Bouley has rightfully earned a reputation as one of the most health-conscious chefs in the world. His culinary philosophy is driven by his diners’ health concerns and how to obtain the greatest nutritional benefit from his ingredients. His uncle, Claude, a holistic doctor in France, had a profound effect on the young Bouley..

But, upon returning to America, he quickly learned that Americans did not always approach food that way.

“All [nutritionists] ever told me was what not to put in food,” Bouley said. “They never told me what I should cook.”

Chef Bouley is trying to change that by adding his voice to those of other chefs as well as doctors, dietitians, and others who who are championing food as medicine and working to restoring our health through food.

In 2012 he created The Chef and the Doctor, a series of events to which the public can buy tickets to hear a medical professional talk about his area of expertise and then sit down to a multi-course dinner with wine pairings that is created by Bouley using ingredients related to the evening’s discussion.

Bouley is currently writing a book, The Living Pantry, to be published by Flatiron Press in 2021, in which he will encourage home chefs to include ingredients like avocado-, olive-, seed- and nut-based oils. He hopes it will provide readers with the tools the need to cook meals whose  taste is not compromised for health benefits.

“Start including good fats and fermented foods, work with mushrooms and leafy greens and get to know the spice kingdom. Start at the skill level where you’re getting satisfaction out of your foods. Boil some good pasta. Put on a tablespoon of turmeric oil, it becomes a beautiful color with a great smell, put some toasted pine nuts on top, add a little bit of flat parsley leaves and Parmesan,” he says. “You made something delicious, it took less than 10 minutes and it’s going to be better than when you go to the restaurant.”

Can a Leopard Really Change its Spots? Yes! You, Too, Can BREAK IT!