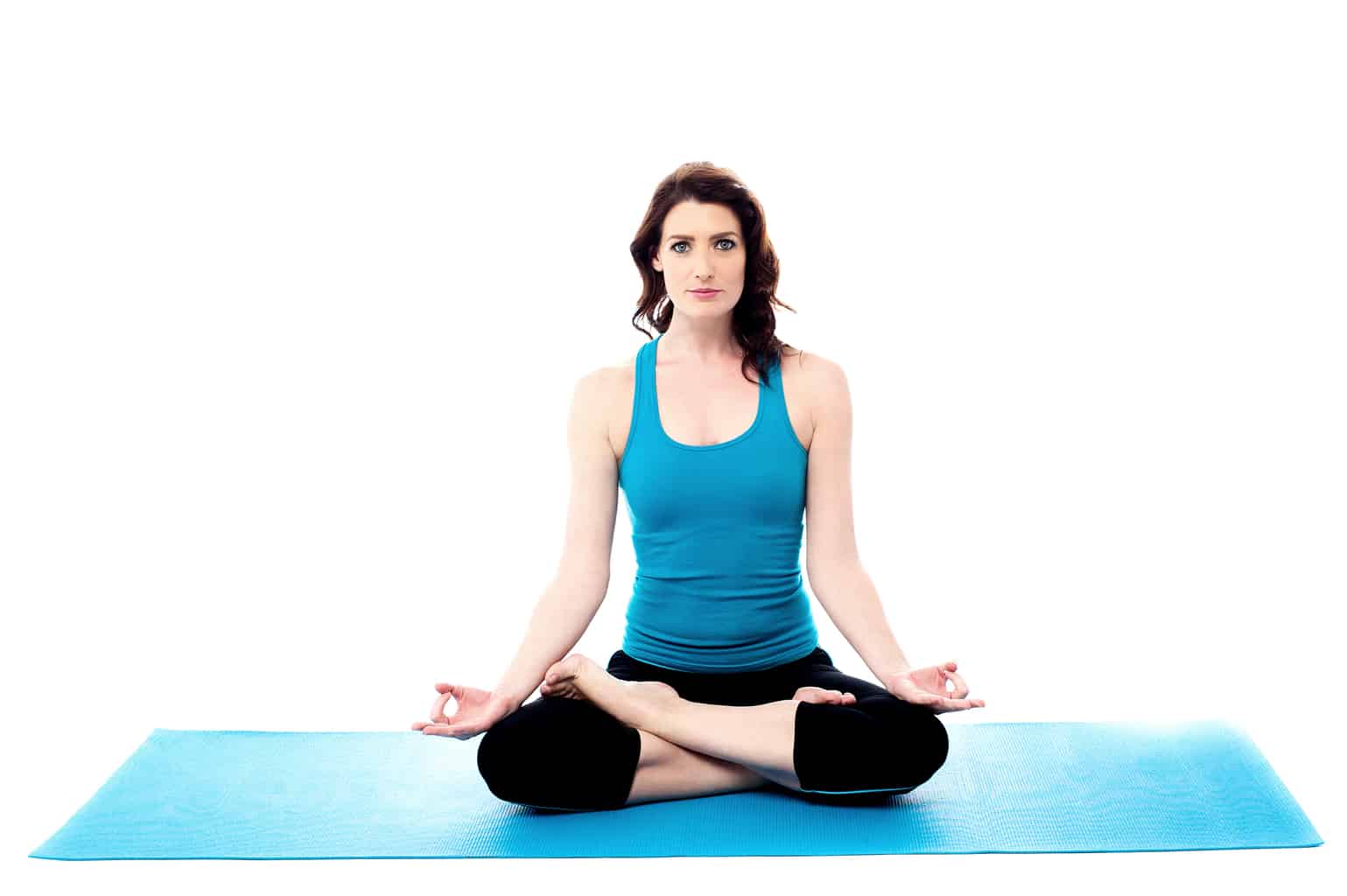 I have to admit that I’ve only gone to one #yoga class in my entire life — it was at the fancy New York City Jivamukti Yoga Center — and all I remember is that I didn’t feel very welcome in my shorts and t-shirt, and that I was in pain for about two days. Now don’t get me wrong — I’ve tried to go again on several occasions — just this morning I scurried to a class at my local gym. I sat in the studio and tried to block out the blasting music from the packed spinning class next door, but became too stressed to wait for the tardy teacher.

Of course, I’ve read and heard a lot about yoga’s purported benefits, but I was still a bit skeptical. I thought maybe it was just a case of the “emperor’s new clothes” — you know, everybody thinks it’s “cool,” and no one wants to go against the “in” crowd. And not to sound naive, but it did cross my mind that maybe yoga is really just a fancy way of #stretching with a few extra breaths and some meditation thrown in for good measure. And when you get down to it, is yoga actually as good as say, running, weightlifting, or meditation?

Yoga is an age-old form of exercise that incorporates strengthening, breathing, stretching, and balance — it’s a hybrid of physical, mental, and spiritual traditions that began in India more than 5,000 years ago. Yoga — which means “to yoke,” or to forge a union between mind and body — was created to experience spiritual enlightenment.

In the last 10 years, yoga has been popularized and turned from a rigorous spiritual discipline into an “instant” fitness system. It’s unclear how many Americans are practicing yoga, but a 1998 survey by the Wall Street Journal and NBC pegged the number at more than 18 million. Although there are no recent figures, it appears that this number has grown significantly within the last 5 years.

Why has it become so fashionable? Well, it could be because of its professed healing qualities — devotees are pretty emphatic about the benefits on 3 levels: physiological, psychological, and biochemical. The claims range from better strength, flexibility, posture, coordination, balance, stress reduction, stronger bones, and cardiovascular conditioning, to prevention of cancer, heart disease, diabetes, asthma, carpal tunnel syndrome, arthritis, and more. The #health benefits of yoga are just beginning to be investigated by the mainstream medical community.

How does yoga create a total body workout? Well, there are four components to general fitness: aerobic capacity, muscle strength, muscle endurance, and lastly, yoga’s most noted contribution — flexibility. “In a way, it’s kind of the ultimate stretching, because you’re holding your stretch for about 2 minutes, and this allows your body to reach its full potential in terms of range of motion [flexibility],” explains Stephen Rice, M.D., Ph.D., a spokesperson for the American College of Sports Medicine.

In addition to flexibility, one of yoga’s key benefits is its ability to increase your awareness of your body. “Yes, yoga is the art of stretching — but as you go deeper into practicing yoga, your perception or awareness of your body increases and changes — you become more aware of the space your body occupies and develop a greater sense of the body’s position. This is called proprioception,” says Timothy B. McCall, M.D., medical director of the Yoga Journal. “The idea is to remain undistracted and focus on your body and your breathing. You can do a yoga stretch, but if you’re thinking about other things while you’re doing it — gassing up the car, doing laundry — well, you’re not doing yoga.”

Yoga certainly seems like it’s more than just stretching. I mean, just try standing on your hands for a few minutes a day. And take a look at people who do yoga — Rodney Yee, Madonna, Christy Turlington — they’re looking pretty strong with their lean muscle tone. That may be true, “but I would venture to say that those bodies didn’t just happen from yoga and good genetics. It’s the increased awareness of their bodies — what they eat, how they eat, other fitness activities, and general lifestyle — that’s what creates those lean, fit looking ‘yoga bodies,'” says Lewis Maharam, M.D., a physician specializing in sports medicine and the medical director of the New York City Marathon.

But don’t run to the yoga studio just yet. The problem is that people who practice yoga may be short-changing themselves into thinking they have all angles of fitness covered. “I think it’s human nature to hope for a quick fix — one simple thing you can do to stay healthy — but yoga is not a magic bullet. In order to achieve a total body workout, you still need to have all the components of fitness,” says Erika Dillman, fitness enthusiast and author of The Little Yoga Book (Warner Books).

“Although there are strength training benefits from practicing yoga, it’s foolish to think that you can substitute yoga for strength training. Once you master a specific yoga pose and your balance is really good, then you are no longer taxing yourself. In order to get true strength training results, you have to continuously tax your body,” says Dr. Rice.

Dr. McCall tends to disagree, arguing that “you’re not going to develop enormous muscles, but you can develop strength and build functional muscles — and from my experience people tend to develop muscle strength more quickly than flexibility while practicing yoga.”

And what about yoga as a cardio workout? Again, most experts agree that it isn’t a substitute for a brisk walk, jog, or bike ride. To investigate this issue, we sent a woman to both a yoga class and a spinning class to compare how long she was in her target heart rate range during each activity. A person’s target heart rate is the rate at which the heart should pump during exercise — experts say it should be between 60% and 90% of your maximum heart rate for optimal cardiovascular fitness.

The results were a bit surprising — we thought the cardiovascular benefits of yoga would be inconsequential, but that wasn’t the case. While it didn’t compare to spinning, during which she was in the upper limits of her target heart range more than 50 percent of the time — during yoga she remained in her target heart range approximately 30 percent of the time, albeit in the lower end of the range.

“We are so often crunched for time and if we had to choose just one fitness activity, yoga really can be a one-stop solution — you get flexibility, strength, cardio fitness, as well as calming down the nervous system — it’s a pretty attractive combination,” adds Dr. McCall.

So, maybe it is fancy stretching, combined with breathing and meditation — but the bottom line is that if you talk to anyone who does yoga — it works like a charm.