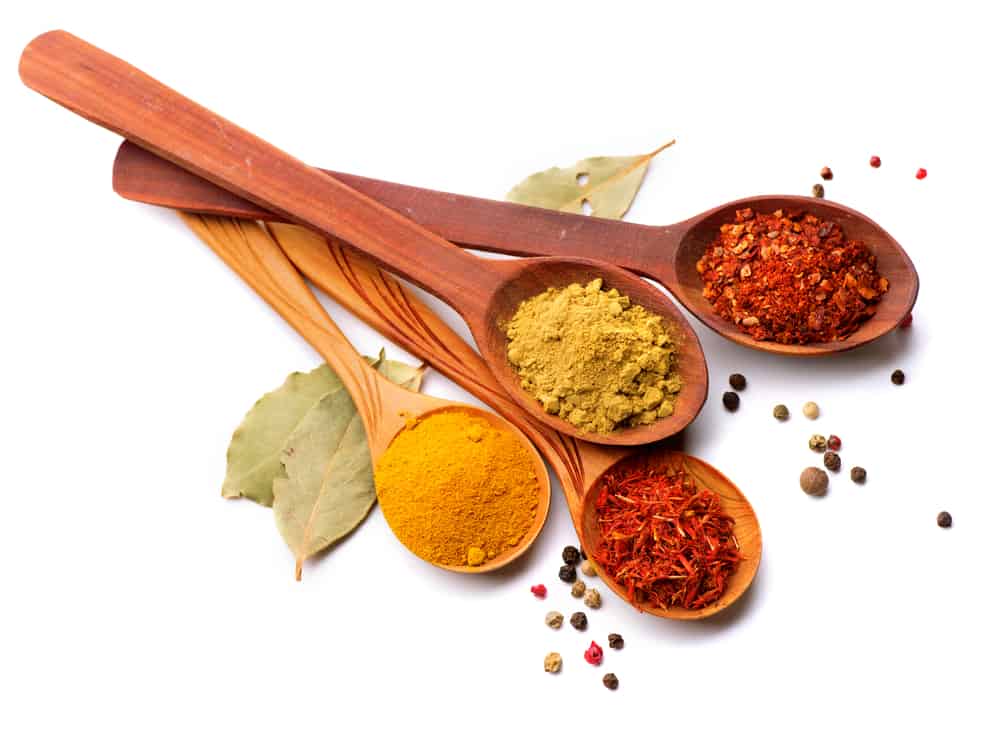 However, #spices can offer more than just creative #cooking. In fact, spices have a long history, going back to the discovery that salt, as well as the bark of certain plants, could be used as a preservative, which made it a valuable commodity.

Spices also have a long medicinal history. “Many recent studies validate the historic habit of using spices for #health benefits,” says Donna Tainter, a food technologist and author of “Spices and Seasonings, A Food Technology Handbook,” (Wiley-Interscience, N.Y., 2001). Although the amounts we consume in any given meal are tiny, they can add up to big health gains. In addition to the small amounts of vitamins, minerals and fiber they contain, their key health benefits lie in their pigments which may help stabilize damage to our cells from oxidation.

However, according to Mary Ellen Camire, Ph.D., professor of food science and human nutrition at the University of Maine, “Their potency rapidly declines when the spices are ground. Freshly-cracked pepper even smells stronger than ground pepper that has been sitting on the shelf for a year or more. One can assume that the phytochemicals in pepper are lost during storage by oxidation as well as evaporation. Plus, there is a limit to how much spice can be palatable, and we do not yet know what would be considered an effective dose.”

Nonetheless, one of the clearest benefits that spices provide is flavor that is lost when we use less butter, oil and other fattening extras, which directly helps with weight control.

Which spices are the healthiest, tastiest and simplest to add to your foods? Here are a few that are particularly noteworthy.

CINNAMON
Background: One of the world’s most popular spices, cinnamon comes from a cinnamon tree’s dried brown bark, which is then rolled into a tube or ground. There are more than 100 varieties of this fragrant, somewhat sweet spice. According to Tainter, “Cinnamon not only tastes good, but also, according to recent studies, can help stabilize blood sugar and has strong antimicrobial properties.”

Nutrients: Cinnamon contains manganese, dietary fiber and iron — all typically lacking in our diets. Two teaspoons have about 12 calories.

Uses: Sprinkle cinnamon on cappuccino or regular coffee, on toast with margarine spray, or, for an interesting twist, on chicken or mix into ground meat.

CAPSICUM
Background: The capsicum family includes red and green chilies and generally adds “heat” to all kinds of foods. Paprika is a ground form of capsicum.

TURMERIC
Background: This yellow spice has been called the poor person’s saffron and is the main ingredient in curry powder. It gives curries their characteristic yellow color and has a slightly bitter, spicy taste.

Uses: Curry powder can be used to enhance the flavor of chicken, rice, meat and lentils, among other foods.

GINGER
Background: This popular spice, one of the first traded in Western Europe, was originally grown in Southeast Asia and is now cultivated throughout Asia, South America, Africa and Australia.

Nutrients: Ginger is a good source of potassium. One ounce of ginger root has about 20 calories.

Uses: Minced fresh ginger is great with all kinds of meat as well as poultry, vegetables, sushi and, of course, many desserts. It’s also used in tea.

CUMIN
Background: This strongly aromatic, nutty and peppery spice has been cultivated in western Asia since biblical times and is now grown mainly in India, Iran, Indonesia, China and the South Mediterranean. It is among the most commonly used spices in India and is also popular in Asia, Latin America and North Africa.

Nutrients: Cumin is a source of thiamin, phosphorous, potassium, copper, calcium, magnesium, manganese and fiber, and a very good source of iron, which is instrumental in keeping your immune system healthy. One teaspoon of ground cumin has about 8 calories.

Uses: In addition to many Asian and Middle Eastern dishes, cumin is also used as a flavoring in chili. Add it to veggies, sauces, meats and poultry. It can also be mixed with a bit of ketchup to make a tasty sauce.