Chefs Who Cook Well and Do GoodHealthy Living 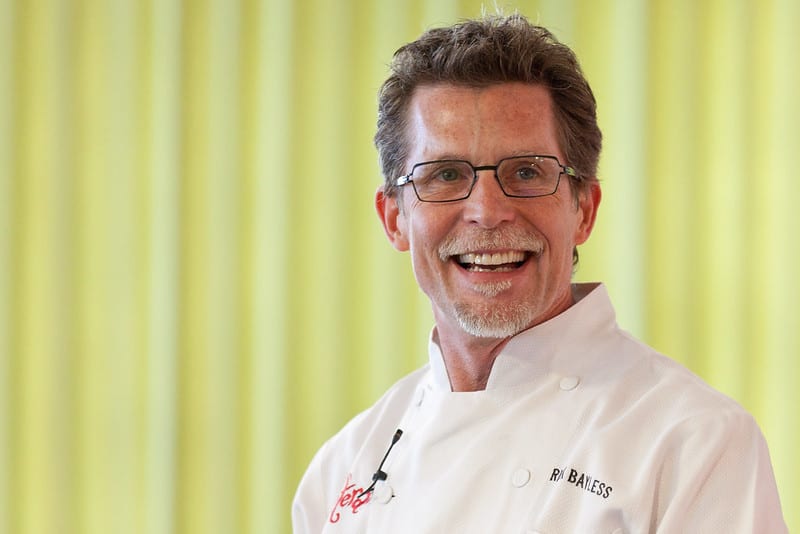 Culinary Training: Bayless was born into a family of restaurateurs and grocers specializing in the local barbecue. Beginning his culinary training at a very young age through family operations, Chef Bayless went on to study Spanish and Latin American culture at the University of Oklahoma and Anthropological Linguistics at the University of Michigan. From 1980 to 1986, he lived in Mexico with his wife, Deann, to further study Mexican food and culture. It was during this time that he wrote his first book, Authentic Mexican: Regional Cooking from the Heart of Mexico.

How He Is Changing the Food System:  While Chef Bayless may be best known for a long list of prominent Mexican restaurants and cookbooks, he is gaining a reputation as an advocate for a more equitable and sustainable food system. Since the early 2000s, he has been working tirelessly to improve local food procurement in Chicago’s restaurants.

“I knew if we could get chefs to taste stuff that was seasonal and fresh and do a little work with farmers…it would really change the restaurant culture in Chicago,” Bayless said.

According to the Chicago Tribune, Chef Bayless begged farmers to sell him their local produce and lent them money to grow food for him and his restaurants. This practice marked the beginning of what would become known as the Frontera Farmer Foundation, a non-profit launched in 2003 to support Midwestern farms through grants and help allow local farms to meet the demands of restaurants for more seasonal, local foods.

Every year the foundation awards grants of up to $12,000 to midsize farmers in Illinois, Indiana, Michigan and Wisconsin who sell their food products to customers in the Chicago area. The grants are used to make capital improvements that encourage greater production and profitability.  To date, the foundation has awarded almost 200 grants totaling close to $2 million. Chef Bayless promoted the latest round of grants on Twitter.

Grant awards up to $12,000 for your on-farm capital development projects.

Fours years after the launch of Frontera Farmer Foundation, he and his team launched the Frontera Scholarship, a full-tuition scholarship that sends a Mexican-American Chicago Public School student to Kendall College, a culinary arts and hospitality management school. The scholarship is primarily funded through wine sales at Frontera Grill and Topolobampo, where $1 from each bottle sold is put towards the scholarship fund. And, according to his website, he also donates many of his speaking fees to the fund.

Most recently, in June of 2019, Chef Bayless launched Impact Culinary Training with prominent Chicago chefs at The Hatchery, a food-and-beverage manufacturing incubator in Chicago.

“Impact Culinary Training is all about bridging the gap between our thriving restaurants’ scene and the young adults from some of Chicago’s underserved neighborhoods. We want to equip our graduates with opportunities and the skills they need to get good jobs in our world-class restaurants,” Bayless said.

The program includes eight weeks of free professional instruction followed by a four-week paid internship at one of Chicago’s restaurants. The program’s goal is to help combat high unemployment rates in Chicago’s impoverished neighborhoods and provide local restaurants with skilled kitchen staff.

In addition to Chef Bayless’s philanthropic work, he is the author of more than nine cookbooks and the owner of ten restaurants, and host of the PBS series Mexico: One Plate at a Time.